App Annie has found some unseen iPad App Store screenshots which unravels many things. One screenshot shows how the iPad App store homepage would look like. In another screenshot on one side paid Apps are shown with their prices and on the other side top free iPad software are shown.

Among the paid Apps OmniGraffle is of the highest price which is of $50 and the lowest price apps are of $0.99.But the good news is most apps shown in the screenshot are of less than $10. Another screenshot shows top revenue iPad software which lists 24 apps. Amongst those 24 apps are Labyrinth 2, Flight Control, Sparkle and Ammoin in HD.

Here are the screenshots that App Annie found. 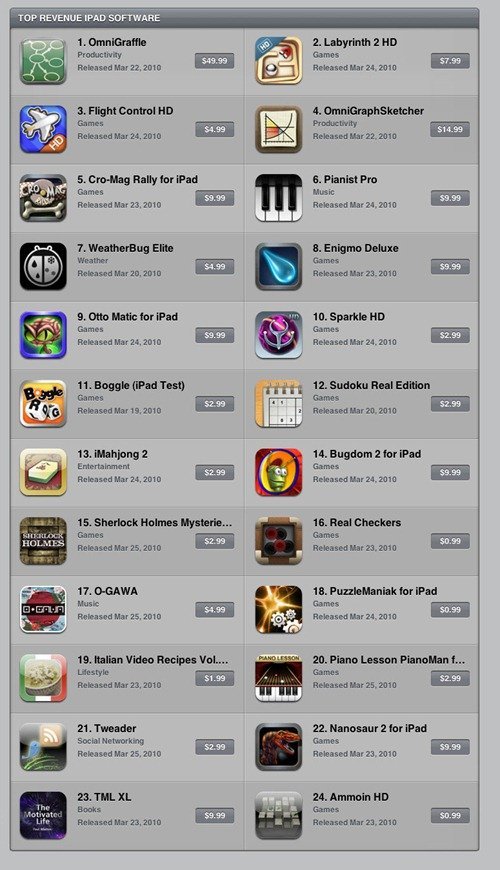