According to a report of create digital music, iPad may be able to support USB audio interfaces using Apple iPad Camera Connection Kit which is expected to be shipped later this month. If this is true than it would add to the functionalities of iPad and make it more handy to music lovers. This would also mean that iPad apps would support third party hardware without any need of special software or signed license agreement. 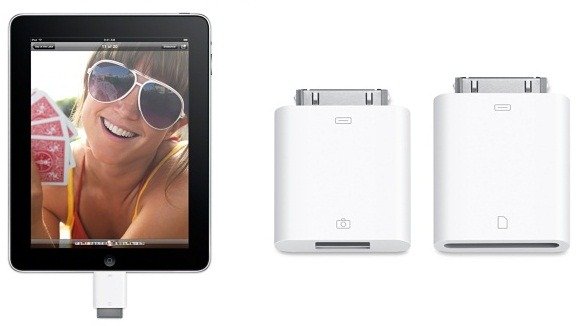 According to create digital music

According to second-hand sources and a post to a public mailing list, the upcoming Apple iPad accessory adapter for cameras, the iPad Camera Connection Kit, will support audio interfaces that are compatible with the USB Audio Class. I don’t have official confirmation from Apple, and the adapter itself appears not to be shipping until later this month, so file this as “likely, but unconfirmed.” But it’s one to watch, and comes as a surprise to me. (Generally, camera accessory kits aren’t a way of providing audio expansion.)

· The Camera Connector features a USB interface. Just plug it into the dock connector port on your iPad, then attach your digital camera or iPhone using a USB cable (not included).