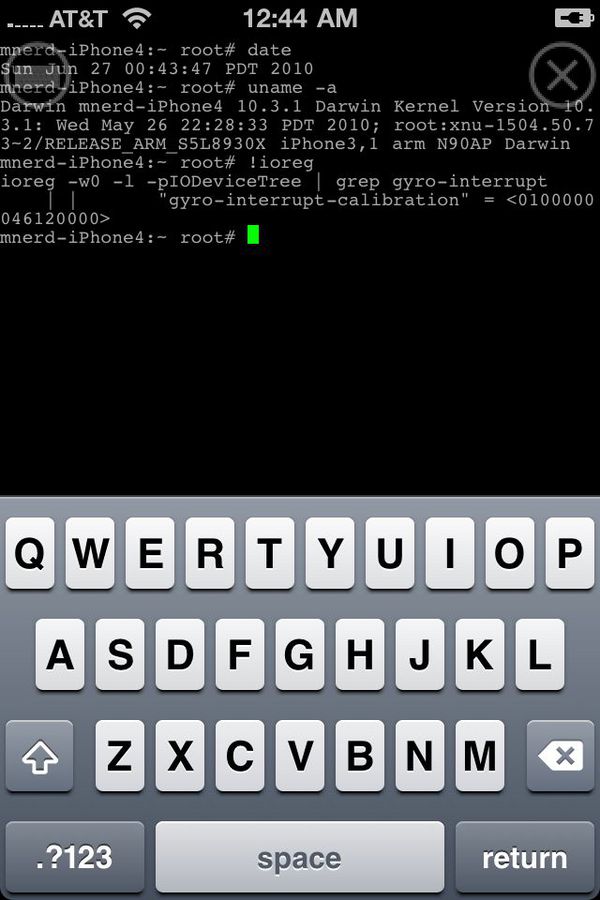 Earlier, there were news about the iPhone 4 being jailbroken/rooted and we expected a jailbreak to be out soon. But the latest information on this matter has changed our minds. planetbeing announced that what they have currently is nowhere near being ready. Although comex might have something different to say, but he doesn’t even have an iPhone 4 yet so don’t get your hopes up for the jailbreak being released yet.

Don’t want to speak for @comex, but afaik no one has breathed a word about release date and what we have right now is nowhere ready.Sun Jun 27 05:32:15 via Echofon

It also turns out that the jailbreak shown was a mere ‘stepping stone’ for the jailbreaking community. It includes proprietary Apple software, due to which it cannot be released. (If released in this state, Apple would simply take the guys to the court for copyright infringement.) This bit of news came from p0sixninja:

@i_Enthusiast the jailbreak shown is a more of a stepping stone for us, it can’t be released because it includes some of apples softwareSun Jun 27 04:09:09 via web

Basically, if you thought that your iPhone 4 will have a jailbreak really soon, this should be disappointing for you. As we had already covered the change in the baseband OS for iPhone 4 in a previous article, the unlock will also take some time. What we do know is that the jailbreak is userland, just like Spirit. It’s based on Comex’ ‘new userland jailbreak’ which we haven’t heard of before.

So the options you folks now have are to either just use your iPhone 4 normally ( you don’t really need a jailbreak that much now thanks to the new features, except for when you want to turn it into a WiFi hotspot and so on ), or if you want to use the it with any carrier, buy a factory unlocked model. They are expensive, but in the long run, they save you from hassles and waiting for baseband hacks, jailbreaks and unlocks.

We’ll keep you covered on any and every update on this. Stay tuned!