This year many new amazing and interesting Smartphones were introduced but we still don’t have any phone which can be truly called an iPhone killer. Microsoft and Windows 7 fans thinks that their OS will be the one to take that bold step. Well, whether Windows Phone 7 would be an iPhone Killer or not we can’t say anything about that yet, but we know that Windows phone 7 users who want to kill iPhones for any reason can kill it with the “iPhone Destroyer  Game”. 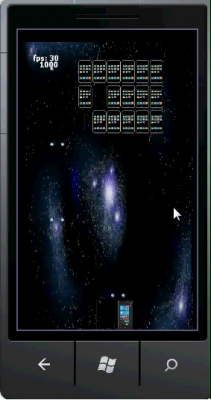 The interface of the game is just like the old arcade games like “Galaxian” but the difference here is that you have to kill the best smartphone in the world with Windows Phone 7. This game is surely great for those who wish that Windows 7 phone becomes an iPhone killer just after its launch.

You can check out the video of this game that is shared by the developer on his Facebook page.