If you’ve been reading iTD, you would know I had been a very early Windows Phone 7 adapter. I had gotten an HTC HD7 and at that time I really liked it as a platform. My device was riddled with issues such as random reboots and display flickering and driver crashes but despite that I liked it because of the OS. As I used it, I kept realizing there was a lot missing from the platform. I was willing to let go of all that given that this was a version one product. 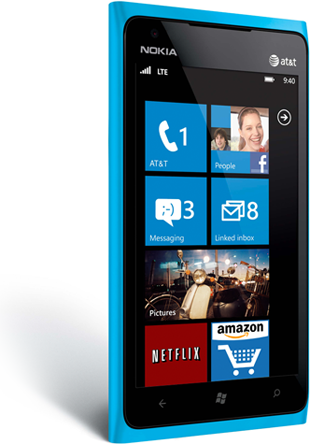 Anyhow, my issues mostly carried over to the Mango update as well. Scrolling in third party apps is still far from perfect. The collection in the Marketplace is mostly horrible. There are some exceptions such as 4th and Mayor, Carbon ( even that doesn’t have perfect scrolling like Tweetbot/Twitter On iOS) and a few more. But are they enough to convince anyone to dump their choice of platform completely? As a geek, let’s run through my choice of apps that I’ve bought over many years and made a part of my workflow in iOS and see if they exist on the Windows Phone side or have worthy alternatives.

Windows Phone might have built in Twitter integration but it doesn’t provide full fledged functionality like a complete application. Unfortunately, no app on Windows Phone is as functional as Tweetbot is on iOS. From UX to UI and feature set, this app has got it all. The official Twitter app for iOS is free but Tweetbot is one app that you should definitely pay for if you’re an avid Twitter user.

On the other hand, you have apps like Rowi and Carbon but each of them lacks in one way or the other. Rowi has good features but the scrolling is choppy which seems like more of an OS issue rather than an app related one. Carbon has the same issue along with a lack of push notifications. The official Twitter app simply lacks any sort of notifications so it’s just out of the picture.

I’ve seen a lot of people claiming that the Facebook is better than its iOS and Android counterparts but that’s not true. I use a Lumia 800, which is a top of the line Windows Phone and Facebook is still slow to load and just like Twitter apps, has slow scrolling. Viewing images in the app is especially a major pain.

Whereas the built in Facebook features are amazing in Windows Phone but on the whole, they lack certain features that the official apps have. I miss the presence of apps like Facebook Camera and Pages on Windows Phone. (You can pin Messenger from the WP Facebook App as a dedicated Messenger tile)

Windows Phone doesn’t have it. WP fans can bad mouth it all they want, but the fact is, many developers in the Marketplace keep trying to copy Instagram and fail. There’s no other like it. Enough said.

There’s a Skype app on Windows Phone and it’s the worst Skype application ever made for any smartphone as far as I know. There’s no backgrounding and you can’t attend calls if you close the app which simply defeats its purpose of existence.

Ego is a simple little app that shows me my blog’s Google Analytics traffic, Twitter followers, feed readers in a very convenient way on one screen.

Reeder is a wonderful RSS feeds reader and one of the most innovative apps out there. It’s fluid, simple and has a clean interface and stays out of your way while keeping a focus on the content. On Windows Phone, a few RSS readers use tiles which is actually an advantage that you can glance over to your latest feed items but the information isn’t comprehensive. If you’re regular like me, it’s not a worthy advantage.

This is the mother of all IM apps on iOS. It was one of the first ones and is still one of the best ones. It supports just about every protocol you can think of. Windows Phone has IM+, but it doesn’t work anything like how Beejive does.

Alien Blue for iOS is an exceptionally good Reddit app (on the iPad, it’s even better). It doesn’t just have a good UI, it has tons of features which it neatly keeps hidden away in places where you would actually need them. It makes using Reddit better than using it anywhere else.

I’ve tried Baconit on Windows Phone, but attention to detail is what makes Alien Blue stand out.

Camera+ is a widely popular and successful app for iOS. It takes great advantage of the good camera hardware that ships with iPhones and lets you easily apply multiple effects on your photos as well as manage them. With Camera+, you can take tons of images in quick succession and later on, edit and save them to your Photos app.

I have yet to find any Windows Phone app that’s good enough. Also, what’s with the ads in them?

Air Video is a useful app that lets you install a small server on your computer and then stream any type of video file to your iOS device. Great for watching any video format without having to convert or transfer it to your device.

Of course, I never expect Apple to develop these apps for Windows Phone, but the built-in Office for WP is horrible. It lacks features and doesn’t open simple documents sometimes that iWork apps on iOS can. Microsoft has seriously taken a back foot on this front and what has been their strength on the desktop is actually their weak link on Windows Phone.

It’s always disappointing to use Office on Windows Phone and see the potential versus the execution.

I could go on and mention many more apps in this list such as Pocket, Flipboard and I haven’t even touched games here. The simple fact is that Microsoft is still taking baby steps. Nokia had some announcements recently but they should have been on Windows Phone a year ago.

Makes you wonder when Microsoft will stop playing catch up on mobile.