Most of you would have definitely seen the concept images of iWatch which looked nice but I never thought Apple would design anything like a touch watch. It would be useless as far as I am concerned. But looks like the new iPod Nano is small enough that somebody actually used his new iPod Nano as a watch. 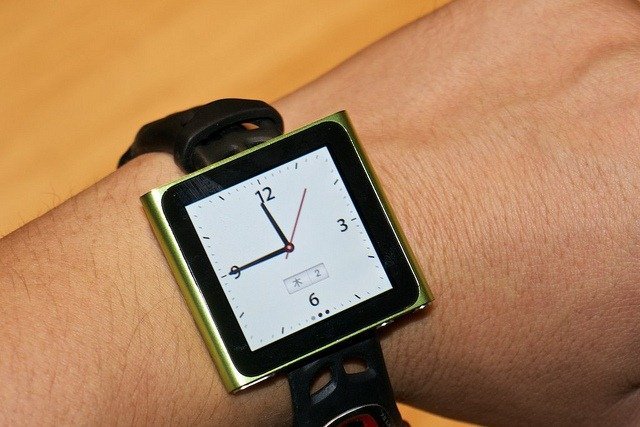 This guy somehow connected the straps of a watch with iPod Nano to make it an iWatch. I don’t think anybody can use it as a watch for a long time because it has a clip on its back and the would have trouble listening to music from this position.

Still, the iPod Nano can be a great watch with its touch features, so whenever you want to listen to music, your music player would always be on your wrist. Also, for those using Nike+ with their iPod Nano, this is a must have. With all these features it would cost only $149 plus the price of the strap.