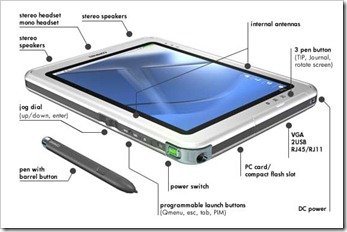 Here’s an interesting bit I missed out on from the 9to5mac post on Project Pink devices:

Oh, and we’ve received something much, much bigger and juicier from Redmond as well.  This is something more interesting to tablet fans, but is still in late prototype phases.

The clue has been typed in the Courier New font, which is used in type writers.

How can a typewriter be more interesting to tablet fans? Well, it might not be, but a comment on that article points out to the Wikipedia description which says:

Kettler was once quoted about how the name was chosen. The font was nearly released with the name “Messenger.” After giving it some thought, Kettler said, “A letter can be just an ordinary messenger, or it can be the courier, which radiates dignity, prestige, and stability.

From the clue, and the Wikipedia description, the possibilities are:

I’m out of guesses. Any ideas what that clue could be pointing to? What ever it is, it does sound interesting as I’m a tablet fan too.