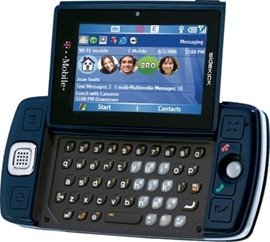 You wouldn’t expect to hear such Microsoft rumors from a source such as 9to5mac which is an Apple blog, but they sound pretty confident that Microsoft plans to announce two slider smartphones from Project Pink at CES in January of 2010. One of them will be squircle in shape like last generation Zunes and has the code name ‘Turtle’, while the other one, code named ‘Pure’ has a candy bar shape. Both will have slide out keyboards just like Danger’s Sidekick (Microsoft acquired Danger around a year ago).

These devices will be manufactured by Sharp just like the Sidekick was and have an App Store. Here’s a fun fact from 9to5mac:

Only if it has been marketed in a better way, most of us would have been aware of this fact. Anyhow, 9to5Mac will be tweeting the pictures of Turtle and Pure so make sure you are following them. Even if you don’t, you can stay updated here.