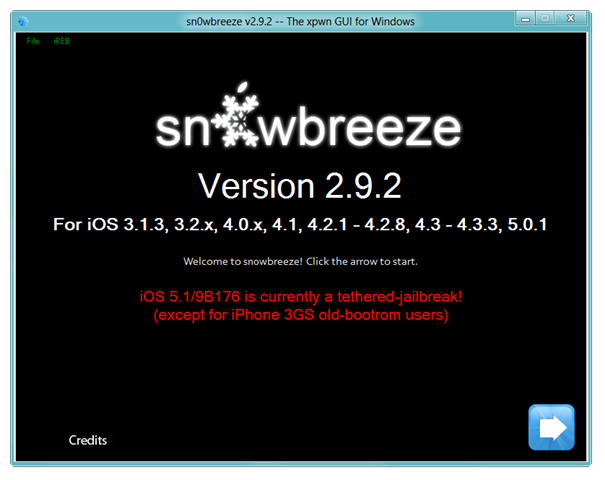 ih8sn0w, the creator of sn0wbreeze has released a new version of his Windows only application which supports jailbreaking iOS 5.1 on iPhone, iPod touch, and iPad ( which do not use an A5 processor ). The jailbreak will be tethered for now ( except for on iPhone 3GS with old bootrom ) until a better vulnerability has been found to enable untethered operation.

sn0wbreeze lets you build a custom jailbroken firmware and include Cydia apps, boot logos and so on which you can then restore to your iOS device using iTunes. It’s very helpful for users who like to keep tinkering with their device and those who want a specific type of jailbreak setup ready every time they do a fresh install on their device.

Make sure that you have installed iOS 5.1 before using sn0wbreeze though.

The range of iOS version supported by sn0wbreeze is huge. Take a look at the list below:

Here’s the full changelog for this release:

If you run into any issues while using sn0wbreeze, let us know in the comments below and we will try our best to help you out.