Jennifer Aniston has appeared in a new Smart Water ad, up now on YouTube, which includes just about everything that can make it go viral despite already having the popular celebrity. It makes fun of memes such as double rainbow, dancing babies, puppies and a lot more. 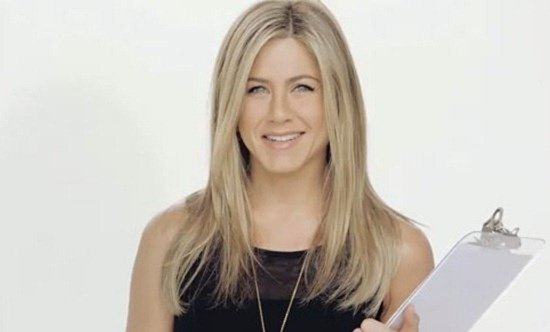 The ad also shows 3 Internet guys hired by Jennifer Aniston that supposedly help her with this stuff and all of them hold iPads in their hands. The ad shows Jennifer Aniston saying that she has to make a video that should go virus when she’s corrected by one of her Internet guys that it’s ‘viral‘. After that, her team suggests using animals including puppies and a talking parrot, which calls her Rachel ( the name of her FRIENDS character ), using dancing babies which goes wrong as well as the double rainbow meme. In the end, she suggestively drinks Smart Water from the bottle and also gets a suitable title for the video, which is guaranteed to brings a lot of visitors. See the video below to find out what it is and let us know if you like the video or not.