The Mac App Store is full of various Twitter clients, at various prices. Finding a well-priced application full of features can be difficult, and spending money on an app that you don’t like is a waste. Kiwi is a well-priced, feature-packed Twitter client that I have been testing since this morning. Here’s what I’ve found: 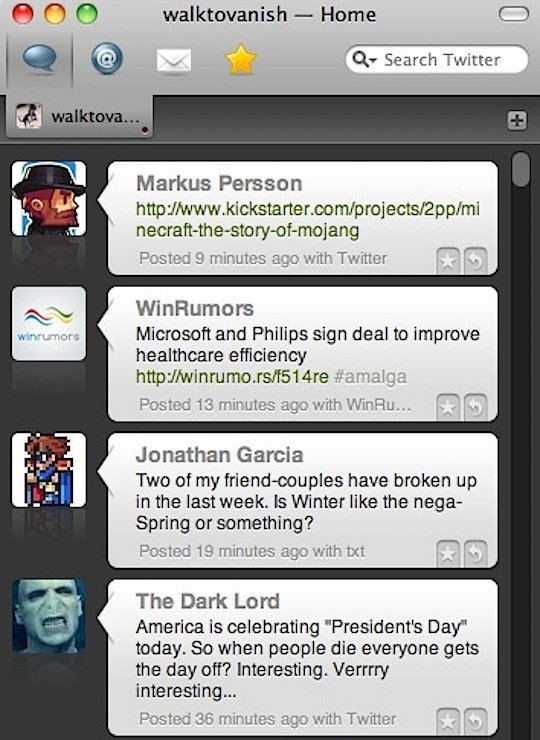 Kiwi is a great application for its price, and I would have gladly paid $4.99 for it(If I used Twitter more, I would say $9.99). The application is set up well, comes with tons of options, and has support for most anything you can do on Twitter itself. The notifications are great, and the amount of personalization available for a Twitter client is superb. Kiwi is a steal at $0.99, and has much better features than the official Twitter application does. Aside from the hassle during set up, which wasn’t really that bad, I couldn’t find anything to dislike about the application. If you love your Twitter feed, Kiwi is definitely worth a look.