Microsoft has been in the news related to Barack Obama’s inauguration. Whether it was with the Silverlight broadcast on the event or the Photosynth. But they pale in comparison to the latest from White House. Todd Bishop found a story from the Washington Post which tells about the agonizing pain that Mac-loving Obama staffers are going through. Apparently, the Bush administration didn’t update their Microsoft software in the White House, which means that they had trouble with the aged software. Were they using Windows XP ? No prizes for correct guesses! 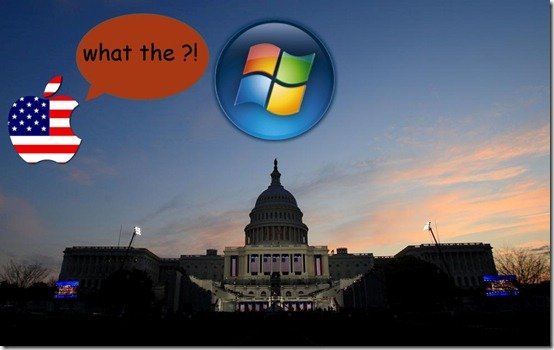 An excerpt which Todd Bishop quoted is really interesting.

One member of the White House new-media team came to work on Tuesday, right after the swearing-in ceremony, only to discover that it was impossible to know which programs could be updated, or even which computers could be used for which purposes. The team members, accustomed to working on Macintoshes, found computers outfitted with six-year-old versions of Microsoft software. Laptops were scarce, assigned to only a few people in the West Wing. The team was left struggling to put closed captions on online videos.

If my guess is correct, and they are using Windows XP in the White House, how dumb are those Mac-savvy users that can’t even use Windows Movie Maker to put captions on online videos? I don’t think a Mac does that automatically for the media team. Even a 10-year-old kid can put captions on videos using Movie Maker. So, Mr. President, maybe it’s time for  a more tech-savvy team that knows how to operate all kinds of computers and doesn’t live inside a sandbox! Also, a few kind words: upgrade to Windows 7 as soon as its released.