With the unveiling of the redesigned M1 iMac, Apple fans would have loved to see the infuriating charging port located on the Magic Mouse moved to a different location. Sadly, that was not the case as the charging port remains unchanged.

Apple announced its M1 iMac lineup with mesmerizing new design and 7 vibrant colors with a 24-inch 4.5K Retina display. It also features an improved 1080p FaceTime camera, studio-quality mics, and a six-speaker camera system. It is accompanied by a new Magic Keyboard, Magic Mouse, and Magic Trackpad accessories which are color-matched to the iMac color, with the keyboard gaining support for Touch ID. 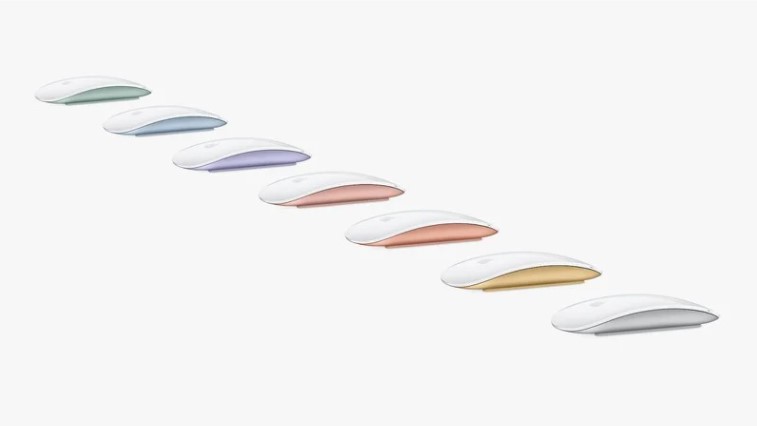 In a statement to The Verge, Apple confirmed the situation by saying that the port remains unchanged. This means that when the new M1 Mac will be delivered, consumers will notice that they have to charge the Magic Mouse in the same old way by turning it on its back, making it completely useless for the time being, and then plugging in a Lightning cable.

The Magic Mouse’s charging situation has long been a bit of a joke — my former colleague Nick Statt equated it to looking like “a beetle with its legs in the air” all the way back in December 2015, and frankly, I’m having a hard time coming up with a better description.

The tech giant should have made better use of this opportunity by changing the location of the charging port on the mouse, giving its fans what they have been asking for since its introduction. Apple Pencil users suffered a similar problem with its charging that required the user to plug it directly into the iPad’s Lightning port, however, the company fixed this issue with Apple Pencil 2.

Apple announced the new Siri remote, responding to upsetting complaints made by users about the infuriating touchpad on the previous Apple TV remote. Hopefully, Apple will also respond to this, and update the next Magic Mouse with a more functional charging port.