Mailbox for Mac was one of the most promising email app released last year. Sadly, after version 0.3 and the acquisition by Dropbox, Mailbox has lagged behind in updates. Their last major update on any platform was material design update to Mailbox for Android, back in April. After much silence, Mailbox have quietly released an update for the Mac version which bumps up the version from 0.3 to 0.7 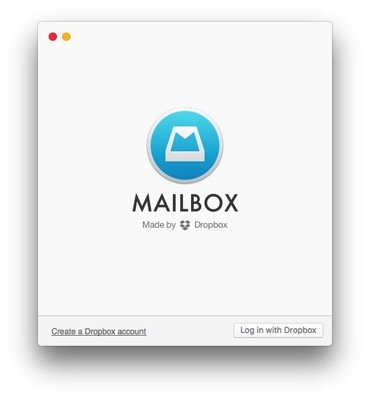 The new update for Mailbox has a sleek updated design, which brings its user interface up to date with the Yosemite style era. The icon has been updated as well with a slightly flatter design and looks very neat. The login window, settings and the main window have all gotten design updates. The new user interface look much nicer and seems much responsive than before. 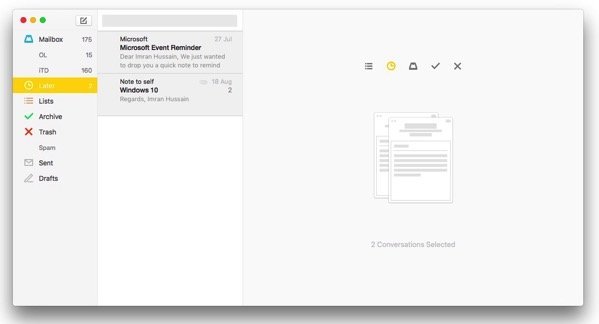 It is difficult to point out any new features or changes from before except for the design updates. Having tested this on OS X 10.11 El Capitan beta, I have not faced much of the issues that are being reported by users on Twitter which includes inability to send emails or missing emails in the list. However, search does not work at all in this update. I’m not sure if this is related to the app itself or because I’m using a beta app on a beta operating system.

Mailbox have not bothered to announce this update on their social media profiles or even on their blog. TheNextWeb was able to find the update – I haven’t launched the app since months due to lack of development and communication from the Mailbox team. I am more than willing to use OS X Mail app until Spark releases their Mac app.

If you still want to give Mailbox for Mac a try, fire up your app and let it check for updates or you can download it from here.