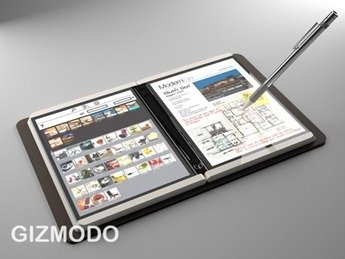 As expected, Microsoft has unveiled their new secret tablet via Gizmodo, and it has one up’d the mythical Apple tablet big time! Instead of taking a tablet like the approach of a single screen, the Microsoft Courier uses two 7-inch screens that take both multi-finger touch input as well as recognize stylus writing and drawing. In the middle of the two screens in a hinge which houses a single button. On the back of the booklet is a camera, and according to Gizmodo, it might charge through induction.

No doubt, this comes as a surprise to almost everyone since it was a secret project known to only the engineers working on it and some executives in Microsoft’s Entertainment and Devices division ( the same division that brings you the brilliant Xbox 360 and Zune HD ). The Courier is at a late prototype stage of development so I would expect it in our hands sooner than we think. Details are still sparse though as there’s no word on the connectivity if it’ll have 3G or not. But we like what we’ve seen so far! 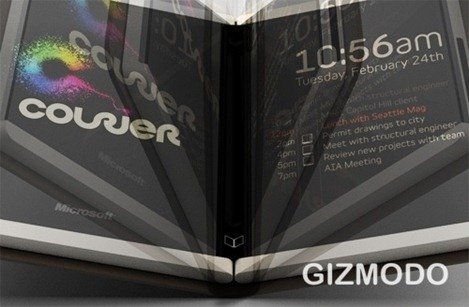 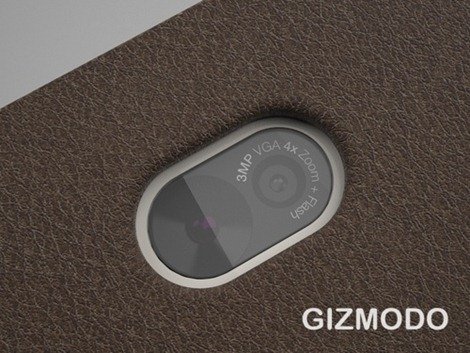 The booklet is convertible just like a real book, so the screen will be protected when it’s not in use. Plus the 3MP camera with Flash is a brilliant addition.

Battery, Wi-Fi, and other status lights are shown along the rim of the booklet.

The UI is just brilliant. Shows how Microsoft has really improved over the past years and has beaten Apple in the game ( Zune HD, Windows 7, Xbox 360 being some other examples ). Check out the video below on Youtube ( thanks to Neowin for the upload ).

Depending on how it’s priced and when it is released along with the software features, this could be the netbook killer from Microsoft. Microsoft has really been on a roll in 2009 so far, and I bet Bill Gates would be sleeping with a big smile on his face knowing that his dream of tablet PCs is about to be realized!