While Apple has always been the one pointing out the PC platform as somehow outdated then Mac is, with all the viruses, slow downs (available on Mac too as an unadvertised feature) and such issues (Mac has other issues too), Microsoft has almost always replied in a nice manner. Keeping in line with the tradition, Microsoft have aired a new Windows 7 commercial on YouTube which shows Mac and PC taking a flight together. 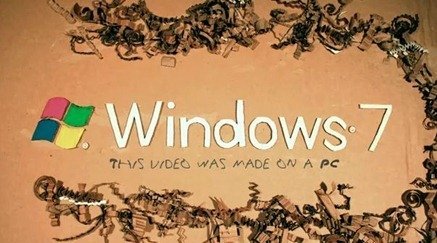 Things get interesting when PC starts a Blu-ray movie and Mac can’t help but be impressed. The situation stays very friendly through out as both of them watch a cartoony version (much like themselves) of Avatar together. In case you didn’t know, you can’t watch Blu-ray movies on any Mac. They have no support what so ever.

Sure, Mac users can download HD (720p) movies from iTunes but what’s the use of shipping out 1080p resolution displays if you can’t watch HD movies of the same resolution on them?

Microsoft has finally hired some good guys for their advertisements as evident by the Windows Phone 7 commercials and now this.