A network company, Mighty has unveiled a new cloud streaming browser to make Chrome faster. Interoperated with macOS features and connected to a powerful computer in the cloud, Mighty browser is designed that to elevate the Chrome experience by allowing more than 50 tabs at a time, running 4K videos with 60 fps, taking up to 500 MB of RAM, and using less than 30% CPU. The company claims “this is the first step in making a new kind of computer.”

Google has been working to improve Chrome’s performance via recent updates on macOS, Windows, Linux, and Chrome OS. Chrome 87 featured better battery life, tab throttling, improve resource management, and others. More importantly, the update came with significant speed improvements with a 25% faster start-up and 7% faster loading time. And M89 update brought memory improvements with 22% in the browsing, 8% in the renderer, 3% in the GPU.

Having said that, Mighty offers a whole new browsing experience that is designed to feel like users bought a new computer with a much faster processor and more memory. 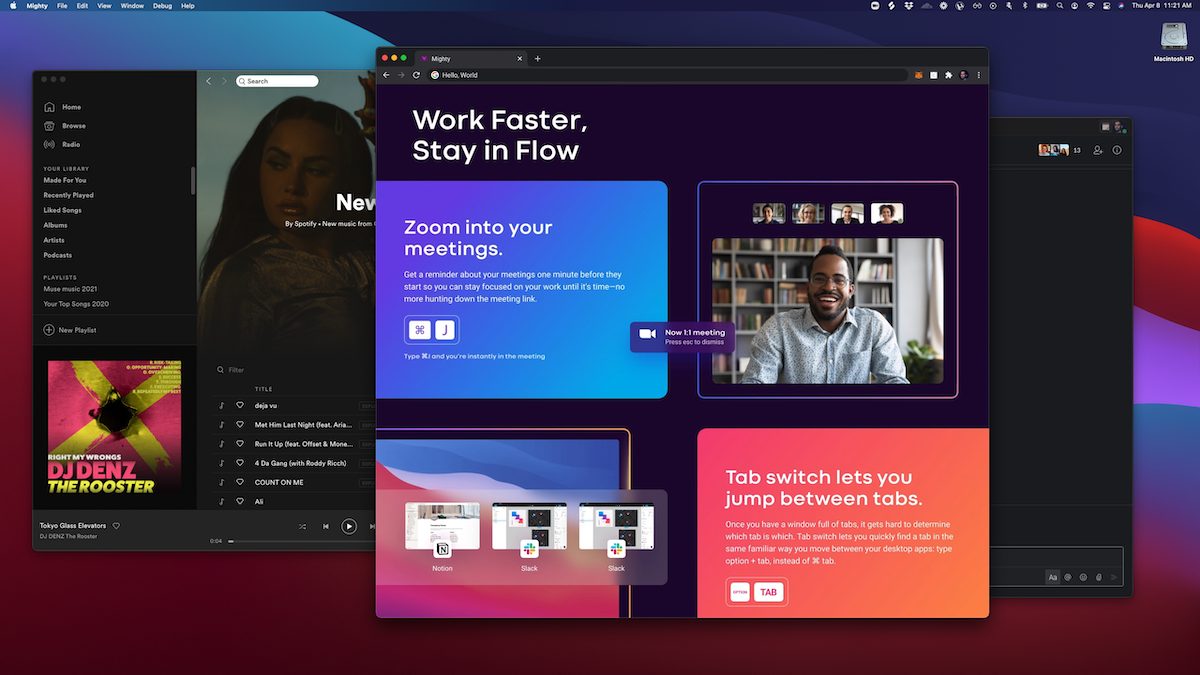 As part of Chrome, Mighty’s cloud streaming experience removes workflow hurdles which slow down users computer. The stated benefits are:

When my MacBook Pro with 16 GB of RAM was only a year old, Chrome was killing my battery in under 2 hours. I switched to Mighty and was shocked at how there was no input lag. Everything was instant and my battery lasted several hours again!

The company hopes that future advancements in network technology like WiFi 6, availability of 1 Gbps connections, H.266, Starlink, and the redefining “broadband will further improve latency and congestion issues.

The idea sounds promising to shift from OS apps to web apps supported by powerful servers, but there are privacy concerns as well like tracking users’ precise location, their browsing data on another server, and others. Mighty has yet to address these privacy concerns. Interested users can request access to Mighty here.