Apple has launched a new app, Music Memos for iPhone and iPad, which can be downloaded for free from the App Store. The app is designed as a convenient interface between Voice Memo (a basic voice recorder) and GarageBand (an intricate and complicated music creation app). Music Memos has interesting features for musicians to not only record music but also to edit it with ease. 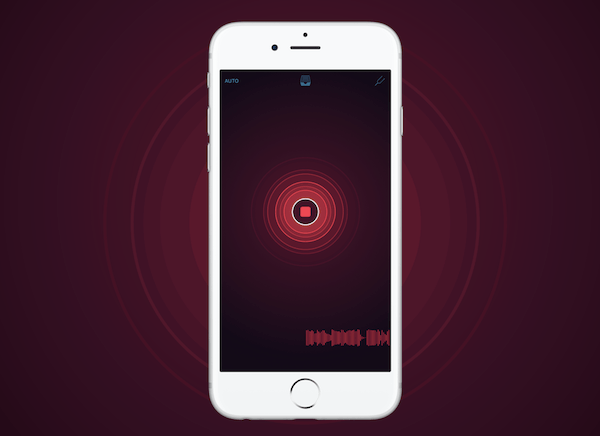 Getting started is easier than ever. The app opens up to a simple display with only a recording button in the middle of the screen. Once the player is ready with a music instrument, recordings can be done either by pressing the button button or simply by playing music; the app begins to record automatically once it detects sounds waves.

After the user is done, the recording appears at the bottom of the screen. Music Memos provides the user with fun modifications. It automatically breaks the recording into measures, and highlights different chords which were played, and allows the user to change chords or add different time signatures. It can also automatically add drums or bass, according to the rhythm of the tune, with just a tap. Music Memos also provides the liberty to customize the volume and the complexity of the drumbeat. However, the app does let the user layer more tracks or dub more instrumental work on an existing recording. 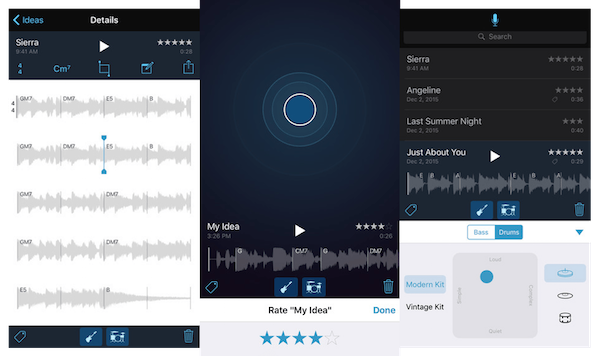 The app also provides further utility as an instrument tuner to tune your guitar.

Music Memos is an efficient app for easy music fixes or initiation of a new musical ideas. The finished product can be moved to GarageBand for further modifications or can be easily uploaded to SoundCloud, YouTube, and other services.