There’s not much information ( read: none ) to be found on the Windows Mobile website for version 6.5.3: 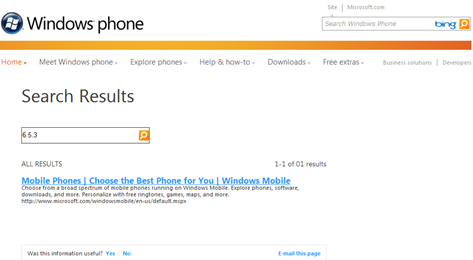 Luckily, Mary Jo Foley from All About Microsoft has a list of improvements and additions in Windows Mobile 6.5.3:

Ease of Use features

While these improvements to Windows Mobile are much appreciated, I’m sure everybody has their eyes set on the Mobile World Congress, which starts on 15 February in Barcelona. Microsoft is expected to unveil Windows Mobile 7, the much hyped mobile OS that should be a savior for them against the likes of iPhone and Android. Only time will tell if Microsoft delivers what’s being expected of them.