iPhone OS 3.1.3 update has just been released on iTunes for iPhone and iPod Touch. It’s not a major update and only contains minor fixes. As expected, users who jailbreak and unlock their iPhone and iPod Touch should steer clear of the update until cleared by us. Evidence of iPhone OS 3.1.3 and 4.0 was first found by BGR in their server logs back in December 2009. Now that we’ve gotten our hands on 3.1.3, hopefully iPhone OS 4.0 will be coming soon too. 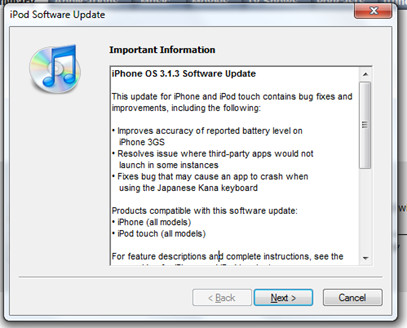