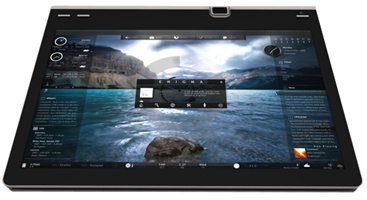 You might have never heard of Notion Ink before, but it has been in the talks all over gadget blogs across the Internets. Why? It has way better specifications than the glorious iPad. Adam has almost double the battery life than that of the iPad, a PixelQi screen which can act as both a normal LCD display as well as an E-Ink like color display for longer reading hours and not to forget features like 1080p video support, HDMI output, nVidia Tegra 2 dual core processor, USB ports, 3MP autofocus camera and many more. Check out the complete specifications from Gizmodo after the break: 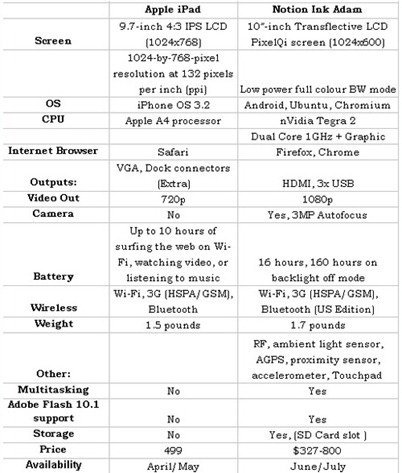 Yes, this thing is a real computer packed into a tablet, just like Windows Tablet PCs – except that it runs Android with a customized UI. You can run Flash on it, and do what ever the heck you want. It wont have a closed ecosystem like what Apple will promote with the iPad, so this means good news for all those mini-clip hardcore gamers out there looking for their fix while lying on their couches.

Check out the tablet in action in the video:

Except for the usual caveat of lack of around 140,000 apps to support it, Adam doesn’t leave much room for complaints now, does it? For us, this is the tablet geek dreams are made of, without the Apple branding. It provides the best of both iPad and Kindle in a single package.

No word on pricing yet, but it’s expected to be launched in the 3rd quarter of 2010.