Office 2010 Beta and Office Web Apps have finally been released to the public. While they’re not yet online ( still! ) at the new Office portal, you can download them from Microsoft Download Center ( links given below ).

The Office public beta build is different in version number than the one that was leaked earlier, but the features are same. For details on the new features in Office 2010 Beta, Manan’s post is a great resource. 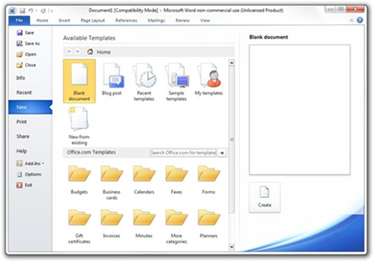 The build number for Office 2010 Professional Plus is 14.0.4536.1000. If you’re an MSDN or TechNet subscriber, you can download it from there as well. For others, the links are given below:

(The version number is same for the builds available publically and on MSDN/TechNet.)

Note: If you were using the Technical Preview build, you’ll have to uninstall it before installing the beta.