The Microsoft principal group program manager David Raissipour all but confirmed that they’re working on a Bing app for the iPhone. He said that Microsoft is working on the iPhone app which will have more than just mapping and search, but declined to give a time line for the release. Ina Fried also questioned the inclusion of mapping features that have been implemented using Silverlight in Bing, for the iPhone app and the answer was “It’s certainly possible”. 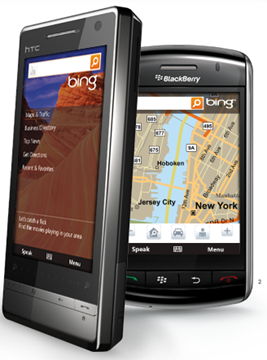 Apart from mapping and search, it’s possible that Microsoft might implement voice operated search in the app like Google has in their app for the iPhone.

Microsoft also have their eyes set on non-Google branded Android devices for a Bing app. If you own a Windows Mobile or BlackBerry device, then luckily you can already download and use a Bing application. Android device owners, head on to m.bing.com to use the search engine. iPhone users can download Bing powered apps such as bingGo for search or MotionX GPS Drive for mapping.

Meanwhile, the Bing app for Windows Mobile just got updated. Here’s a tour of what’s new via WMExperts: 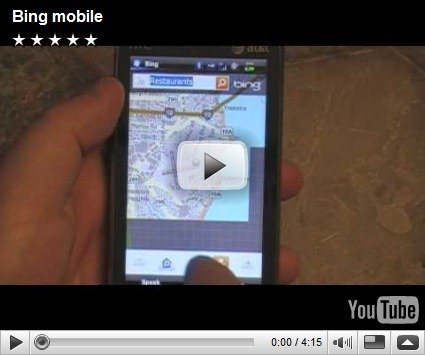