Google Mobile App for the iPhone and iPod Touch just got an update of sorts. The changes aren’t too visible unless you count the web pages from search results opening within the app. Another ‘new’ feature is the ‘Bells and Whistles’ feature is now clearly visible. This feature lets you style your Google Mobile App with any color, change the sounds or show a Live Waveform during speech recognition and screen rotation. 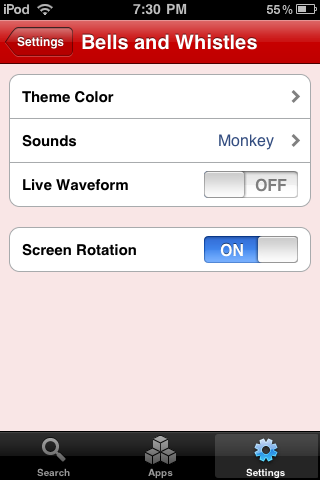 The funny thing is that Gmail and other links in the Apps section still fire up Mobile Safari which basically kills the whole purpose of having this app (specially if you’re an iPod Touch user) except for quick bookmarks to Google services. Voice recognition still doesn’t work on the iPod Touch despite it having a mic accessory. 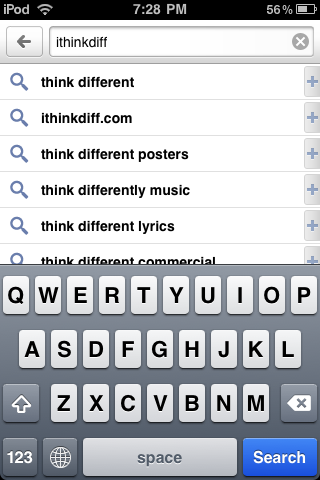 Why can’t Google improve this App beyond anything but a load of crap is beyond me. How about ‘doin no evil’ and letting us open the ‘Google apps’ inside the Google Mobile App? And having voice search wouldn’t hurt us iPod Touch users either! 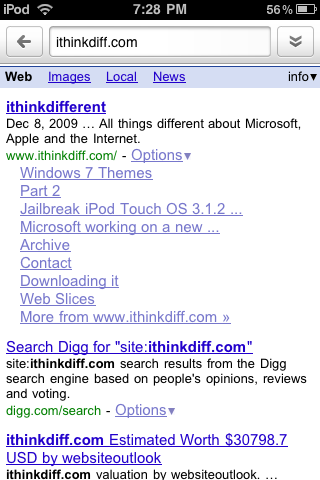