Last year, Opera for iPhone was released with features like “Opera Turbo” which allows loading pages twice as fast on a slower network. Now, the first ever screenshots of Opera for iPad have been released by Softpedia. Though its a preliminary version, it appears that the testers were quite impressed with its speed and performance. Despite some page scrolling and font rendering issues on the iPhone version, Opera for iPad promises to provide a much better experience on the bigger screen. 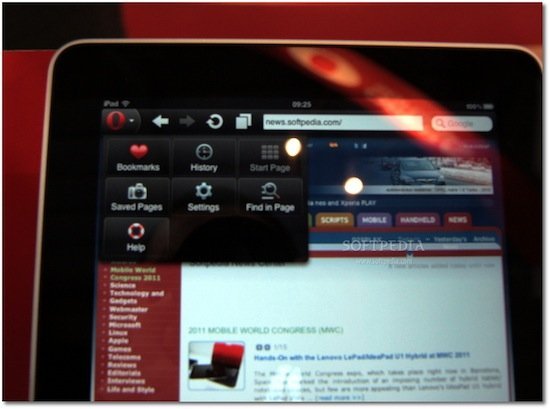 The app runs very smooth, and allows for some rapid movement between visual tabs (open pages). Visual tabs allow users to have several web pages open concurrently and quickly switch between them using tabs. Each tab allows users to preview a thumbnail, as well as the page title and icon for each web page they have open.

Where the default touchscreen keyboard provides a less-than-optimal user experience, users can take advantage of Opera’s virtual keyboard to type and edit information without having to leave the page they are viewing. 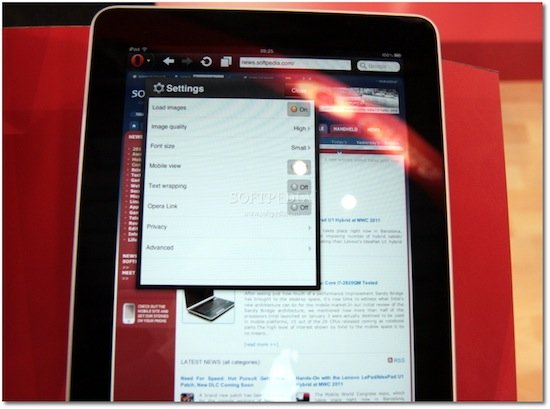 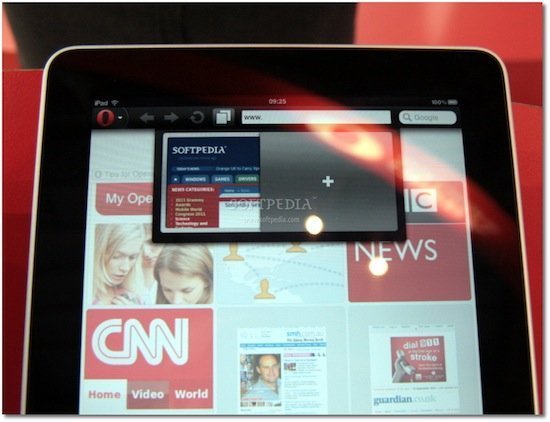