Microsoft has shared details of an upcoming update for Outlook for Mac which will include a number of longtime requested features. New features will include send later, read and delivery receipts, email templates, drag-and-drop task creation and improved account setup experience. All these new features will be rolling out gradually to Office 365 subscribers over the coming few weeks.

Office for Mac catches up

Longtime Outlook users on Windows would be surprised to see some of these features making their way to Outlook for Mac. Read and delivery receipts have been a part of Outlook for a long time but somehow it has taken ages for this feature to make its way to Mac. However, it is good to see Microsoft listening to users and working on giving them the features they have been asking for.

As the name suggests, Send Later will let users schedule emails to be sent in the future. The email will be saved in Drafts and will be sent at the chosen date and time. Users can also chose to cancel sending the email by going to Drafts.

One issue though: this feature will only work for Microsoft Exchange or Outlook users. If you use a Gmail account or any other IMAP or POP3 based email account on Outlook, Send Later will not work for you.

Read and delivery receipt requests, which have been a part of Outlook for Windows for a long time, will now work for Mac users too. Again, if you read the fine print, this feature will only work for Exchange-based Office 365 email accounts.

Users can now save emails as templates and re-use them to send new emails later to save precious time. This feature will be available for all Office 365 users, regardless of their email service.

Emails can now be dragged and dropped to the calendar or task view to instantly create new entries. The subject of the email will be used to create the name of the event or task, while the email body will be copied to the notes field.

Just like its iOS app, Outlook will now be able to automatically detect and fetch your email settings whether you are on Office 365, IMAP or POP3. And if you have logged into another Office app on your Mac before, Outlook will recognize you and will not ask you to login again.

Despite all these much requested features, there is still a long list of features to work on for Microsoft that users have been asking for.

Send later is available only for Office Insider Fast users today while other features will be available to all Office 365 users today.

Compared to the past, it is a good time to be a Mac user with so many good email apps to choose from. 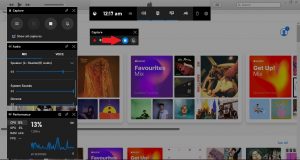 A screen recording is a digital recording of the output of a computer screen. This…