Microsoft’s Professional Developer’s Conference (PDC) is one of the biggest events held by the software giant. Although not an annual event, it’s being held again this year after the one last year, where Windows 7 was unveiled. Starting today, 17th of November at Los Angeles Convention Center in Los Angeles, California, this will mark the beginning of the 9th PDC.

Ray Ozzie and Bob Muglia will deliver keynotes on the opening day while, Scott Guthrie, Kurt DelBene and a Special Guest will deliver the keynote on day two. The main focuses of PDC this year will be Windows Azure and Office 2010 (previously known as Office 14). Visual Studio 2010 will also be the center of attraction in sessions involving development (click here for list of sessions). Expectations aren’t as high for this year’s PDC as they were for last year’s since nothing new for the Windows client will be announced as Windows 7 was just launched last month. But we can expect the announcement of the public beta for Office 2010 which is already available for MSDN and TechNet users. 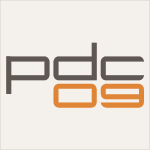 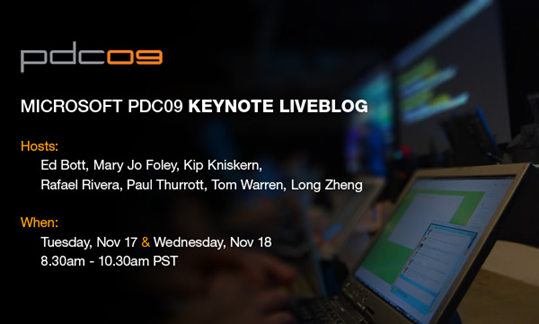