Pixel Cup Soccer 16 is a retro-style football game for iOS and Apple Tv. It is a great game for users who wish to experience the excitement of arcade style design of the 90’s games. Pixel Cup Soccer 16 delivers fast-paced and smooth gameplay, along with great visuals and music. 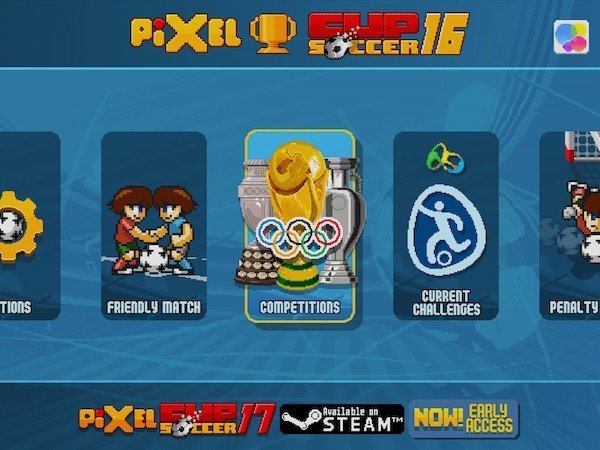 The animated graphics of the game are powered by retro style game effects and CRT shaders to deliver a complete retro football gaming experience. I particularly loved the background music and it reminded me of games like Mortal Combat, Mario, and Sonic. Users are offered a variety of game modes to choose from: friendly match, practice match and penalty kicks for the beginners and World Cup and Pixel league tournaments for advanced players. 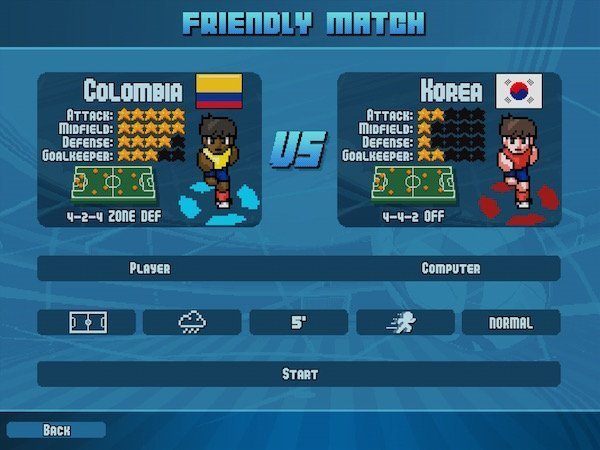 The competitions section of the game offers a versatile variety of World cups, Pixel league tournaments, and Olympic competitions for men and women. However, the only difference between the men and women Olympic games is the length of avatars’ hair. 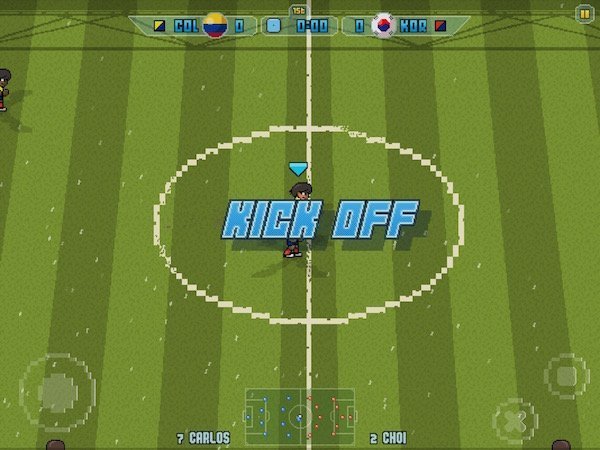 Depending on the selected competition type, the game offers a variety of national teams to users to be a player of, like USA, Germany, Brazil and more. 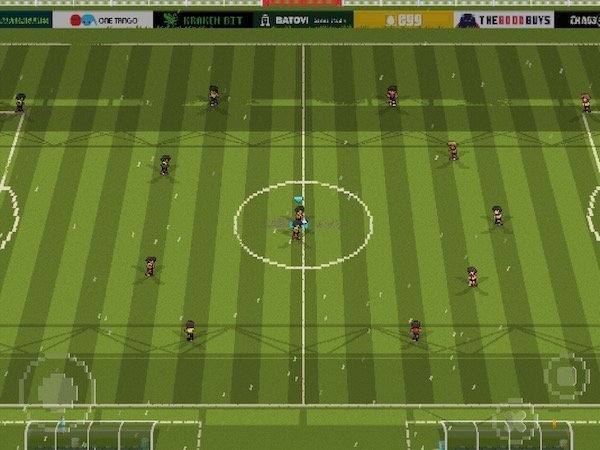 The gameplay is fairly simple. A joystick and two buttons are all you need for passing, headers, tackles, goal kicks, shoots and more. You can even perform bicycles kicks in the game. Even on Apple TV, gameplay is fairly easy with the trackpad used to move the player and the play/pause button used to perform moves. This makes the game very easy for beginners to pick up and enjoy, unlike FIFA’s combination of multiple buttons.

The app was recently updated to version 1.0.4. which includes new features including the Olympic games and fixes for performance glitches.

Pixel Cup Soccer 16 is an engaging mobile game. However, there is room for improvement. The movement of the goalkeepers, the way they move and jump to save a goal, can be improved. The addition of multiplayer and new sets of challenges and competitions will make the game more entertaining.

Pixel Cup Soccer 16 is available in the App Store for free as Apple’s free app of the week. The game requires iOS 7.0 and later and it is compatible with iPhone, iPad, iPod touch and Apple TV. Download it and bring back memories o