(Everything that follows is a direct quote, including spelling)

Q: “You’ve been on the PS3 jailbreaking “scene” for some time. What led you to the PlayStation 3 as opposed to other devices like the iPhone?”

A: “I would say circumstances led me to it, by the time the iPhone scene started, I didn’t own an iPhone, I was also focused on the PlayStation portable and didn’t have much time to spend on other platforms, later on the iPhone and other platforms such as the Xbox 360 were already fully documented whereas the PlayStation 3 was pretty much unknown territory at this point, this made things a lot more challenging to me.”

Q: “Lately you have been the target of certain members of the scene, some going so far as to fake IRC logs, all because you left a little work in the jailbreak process instead of packaging the jailbreak for them. Is this sense of entitlement common in the scene, or would you say that most jailbreakers don’t mind ‘getting their hands dirty’?”

A: “Leaving little work is very untrue, I actually left quite a bit of work, it just happens that people tend to suffer from acute memory losses whenever those releases do not suit their specific needs, for instance I contributed to the psgroove, a retail package decrypter (Open source in order to disclose the algorithm in use) and other “noob proof” releases.

To be honest though, I prefer helping out others in need than just doing all the work for them, as such I also contributed by documenting the self cryptography for example. I also help out other developers and give them hints here and there and share information.

I believe there will always be people that abuse and disrespect the work of others in the scene, this is nothing new, people making fake logs are just a part of those. Sadly most people believe that we “owe” them something, in disregard to the work we’ve been involved with, or our own personal life, as such they become quite aggressive as they know you have something they don’t and aren’t willing to share it for whichever reason (legit or not). I believe this behavior is quite childish and I am not the only developer to think so.”

Q: “When I was 14, I was in on the PSP jailbreaking scene. It was a lot of fun, but my biggest problem was figuring out where to start. To those wishing to write homebrew/jailbreaks for the PS3, where do you recommend beginning?”

A: “I would recommend them to look at psl1ght and ps2dev sdks, and check out samples, I would also recommend to document on how the PlayStation 3 architecture works, and for those who wish to get more involved to study ppu and spu assembly. (writing a small application and reversing it later is a good training)”

Q: “Sony’s legal battle with Mr. George Hotz has caught a lot of media attention, and has even driven a few developers away from the PS3 scene. More recently, an Android hacker turned down a job offer from SCEA because of the way they handled things with Hotz. How would you say the legal battle has affected the scene as a whole?”

A: “I believe this legal battle is about to affect more than just the PlayStation 3 scene, this legal battle depending on the turn of events, could affect future consumers of electronic products throughout at least the United States, as such this is a very serious legal battle and I am eager to see how it turns out.”

Once more, a big thanks from iTD to Mathieu for his time. If you have suggestions for someone you’d like us to try and contact in the future, leave us a comment below. 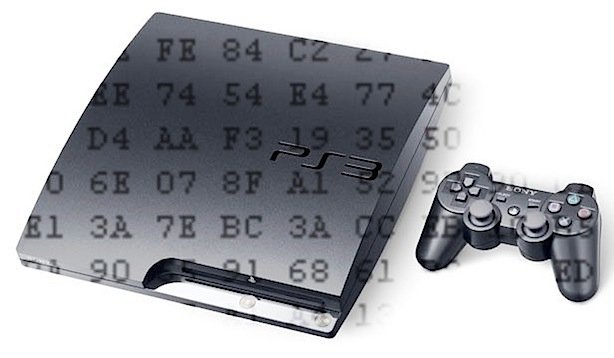