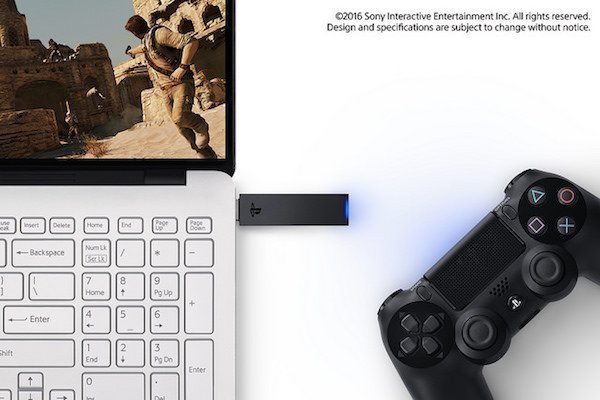 The PlayStation Now app for Windows PC will offer users a wide variety of exciting PlayStation 3 games ranging from exclusive titles like God of War and Uncharted to games like The Last of Us and Journey.

PlayStation Now app will require Windows 7 or later.  The PC should have minimum 2 GB RAM and a 3.5 GHz Intel Core i3 processor. Users will need a 5Mbps connection at least, however, a wired internet connection is recommended for efficient performance, without any lag.

Sony will begin the app rollout from Europe and will release it for users in North America shortly after. For now, the PlayStation Now app is available for Windows only. There is no news yet on when the app will be released for Mac.

The USB Wireless Adaptor will let users use their PlayStation DualShock 4 controller with Mac and PC. Users will be able to enjoy all of their favorite controller features such as the light pad, motion sensors, analog sticks and more with compatible games.

The new adaptor will work with the new PlayStation Now app for Windows PC and also with the Remote Play app for Mac, which allows streaming PlayStation 4 games to OS X. Although there have been third party apps that let users use DualShock 4 with Windows PC before, the adaptor will bring the full-fledged controller experience to desktop operating systems.

Users will be able to purchase the DualShock 4 USB wireless adaptor next month for $24.99.