One of the most significant features of the iPad will be its iBooks Store which would give a big competition to Amazon’s Kindle. By looking at the better user experience of the iBooks Store’ its price was expected little bit more than what books on Kindle cost. But according to AppAdvice , the iBooks Store will sell New York Times Best Sellers mostly for 9.99$ which is nearly same as the price of Kindle books . 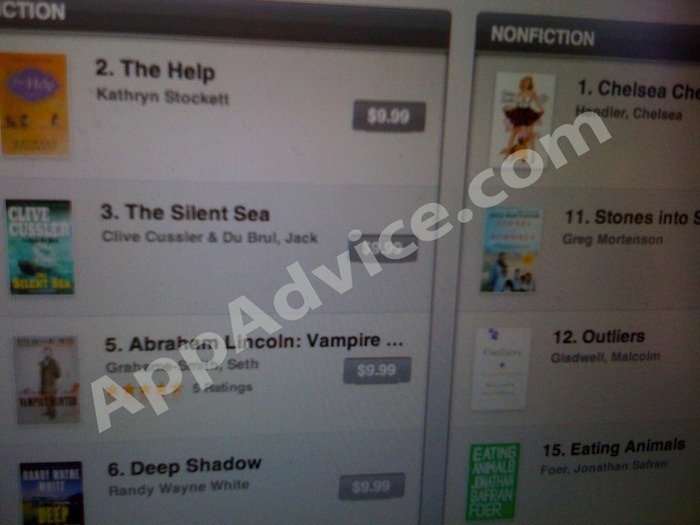 In all 32 eBooks featured in New York Time’s Bestsellers section, the price of 27 of these books is 9.99$. The highest priced book is Poor Little Bitch Girl by Jackie Collins which is of 12.99$ and its counterpart Kindle sells it for 8.82$.

Here are the top 5 of New York Time’s Bestsellers section :

Looking at the prices of iBooks as they are matching Kindle’s prices competitively, surely the iBook store will be a better choice for readers because of its better user experience.