redsn0w 0.9.5 beta 5 was released a few days ago by the iPhone Dev Team to jailbreak iOS 4 on iPhone 3G and iPod Touch 2G. This release was Mac only and enabled features such as multitasking and springboard wallpaper which are disabled by default by Apple. redsn0w 0.9.5 beta 5 has now been released for Windows as well. 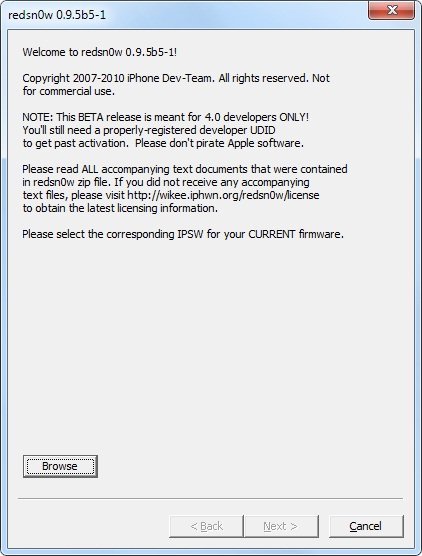 The instructions are very simple. Upgrade your iPhone 3G or iPod Touch 2G to iOS 4, then use redsn0w to point to that iOS 4 firmware and follow the simple instructions by going to the next page. You can also deselect the enabling of multitasking and springboard wallpapers your unsupported device to save battery life.