WOW! This might be offensive to some Xbox 360 lovers but frankly speaking, it didn’t offend me at all coz I already have a RRoD 360 laying around the corner for quite some time now. It would be even better if I had a couple of such dead Xbox 360’s but those who do (and who also own a PlayStation 3 system), will be delighted to check out this mod. Ebil from Australia, has beautiful turned his dead xbox 360 shells into a couple of awesome looking PS3 / PS2 + PC + Xbox arcade sticks. 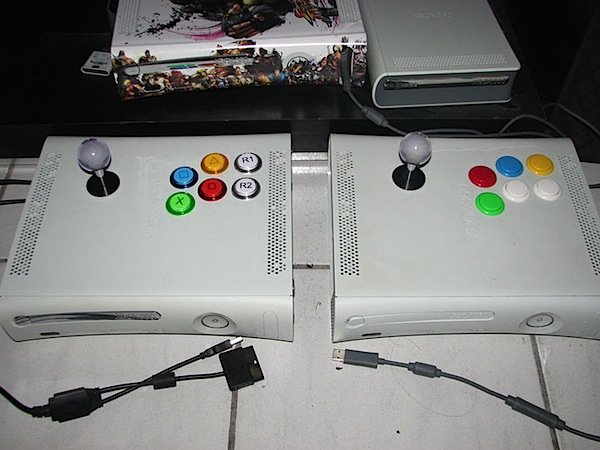 This is what the modder says about these arcade stick controllers:

The one on the left is my latest stick. Works on the PS3/PS2/PC. Yes this means that I have an Xbox 360 plugged into my PS3

The one on the right I built a year ago and works on the XBox 360. I posted photos of it in the “Check Out My New Arcade Stick” thread.

Both are built out of the case from dead Xbox 360s.

Unfortunately the PS3 board that I bought did not have a Home button so I could not do the same for the PS3.

You’ll notice that the PS3 stick has Xbox 360 colour buttons. My next plan is to add an Xbox 360 board inside and have a switch so that it works on both Xbox 360 and PS3. 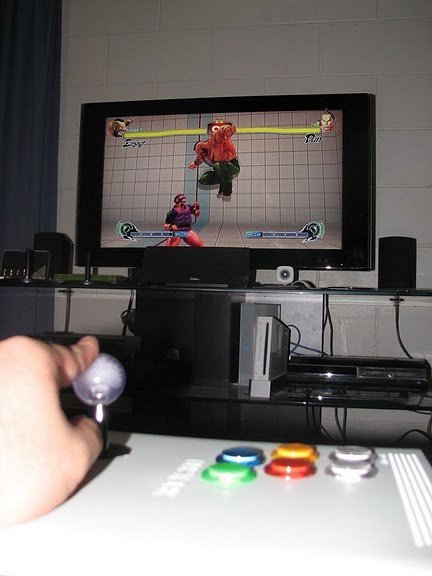