Samsung’s marketing is known for mocking Apple’s decisions like removing the headphone jack from smartphones, starting from iPhone 7 series, and power brick and EarPods starting from iPhone 12 series for environmental reasons. Now, the Korean smartphone manufacturer has gone too far at hitting back at a rival company. 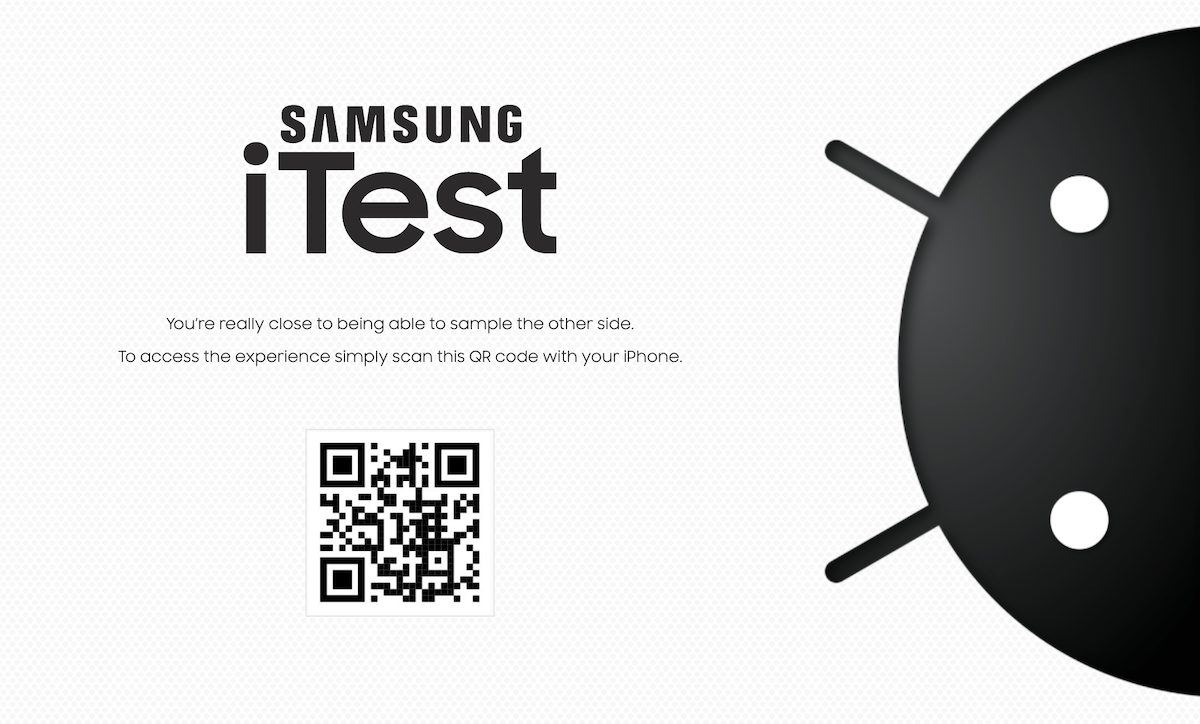 iTest is a new web app that allows iPhone users to test the Android interface on their smartphone. It has been created to attract switchers. Samsung explains it as, “You’re about to get a little taste of Samsung, without changing phones. We can’t replicate every function, but you should quickly see that there is nothing daunting about switching to the other side.”

Samsung, shamelessly, mocks the late Steve Jobs and people are not happy

Once the app is installed on the Home Screen, iPhone users get to experience the Android operating system as it appears on Samsung phones. However, the company has gone a little too far in mocking its rival by hitting at its departed founder. Flaunting its open ecosystem, the description reads:

“Samsung users are all unique and they like their phones to be unique too. No turtleneck wearer should dictate how your phone looks. Check out a few of the other themes. The ones here are just to give you a taste, but once you have a real Samsung you’ll have access to a world of amazing options.”

They are referring to Steve Jobs who changed entirely how smartphones looked like. "tHiS iS nOt OfFiciAlLy bY sAmSunG" nope. This is the itest thing on iPhone which IS Officially by Samsung themselves. And if i see someone defending this in anyway possible you will not be happy.

This sort of marketing is distasteful, to say the least, and from commentators’ reaction to Sayed’s post, it appears it will have a negative effect; instead of attracting switchers, some users are willing to return their Galaxy smartphones.

LMAO so you'll return a product that you seem to like just because of a shitty marketing phrase inside the iTest app that no one is gonna use anyway ? 😅

Although Sayed has attached the screenshot of the description, people need more proof. Another Twitter user @LeoLiu069 posted a short clip of where the rude description can be found in the iTest app.

In the past, the company has always followed Apple’s footsteps, of course, after making fun of them. After removing the headphone jack from its smartphones, Samsung has been shipping Galaxy S21 without a power brick and headphones in the box.