SBSettings is one of the most popular applications in Cydia which can perform a variety of actions liked ‘activate WiFi‘, ’Turn on Bluetooth’ or ‘Open VPN connections’ with just a swipe on top of your iOS device’s springboard. Now there’s a new tweak available called SBSwitcher, for $2.99 in the Cydia Store, which brings SBStetings to the iOS 4 multitasking bar. 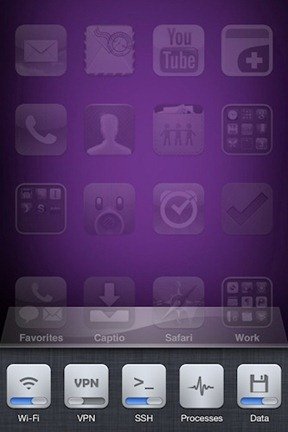 SBSwitcher adds all these toggles into the multitasking tray after the widget controls and the volume slider. This tweak supports all themes for SBSettings and comes with loads of options in the Settings App.