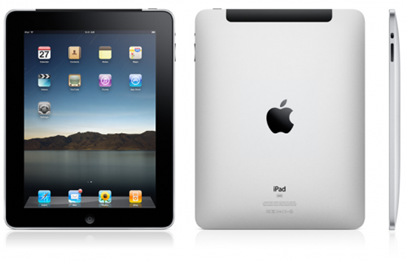 When the iPad starts to arrive to the market later this month, it might have limited availability, and may leave pre-order customers empty-handed, that is if it is going to be released this month at all. In a research note, Canaccord Adams analyst Peter Misek says that production issues at Apple’s manufacturing company may keep Apple iPad’s supply short when it will be first released.

“We have … heard that the upcoming iPad launch may be somewhat limited as a manufacturing bottleneck has impacted production of Apple’s newest device,” Misek writes. “An unspecified production problem at the iPad’s manufacturer, Hon Hai Precision, will likely limit the launch region to the US and the number of units available to roughly 300K in the month of March, far lower than the company’s initial estimate of 1,000K units. The delay in production ramp will likely impact Apple’s April unit estimate of 800K as well. It is also possible that, given the limited number of units available in March, the launch will be delayed for a month.”

If Misek is right, I guess it’s just a small delay, which will not affect anything seriously. Heck, Apple wouldn’t lose anything at all, it will build the enthusiasm of the device’s launch, which will help them with first year sales. Misek says, “We believe that the only material impact from the iPad delay could come in the form of frustrated consumers and some modest loss of lustre for the company’s product launch.”

Again, it’s nothing to worry about, unless you’re a pre-order customer, you might want to click the pre-order button as soon as it’s available to make sure you’ll get one as soon as it’s made available, since Apple will have an inventory shortage. Nothing to worry about really, Apple might have a launch delay, but in contrast, it will have built more enthusiasm among its customers.