Skype has been updated to version 7.5 for Mac OS X. The new release includes performance improvements, bug fixes and support for 14 new languages. 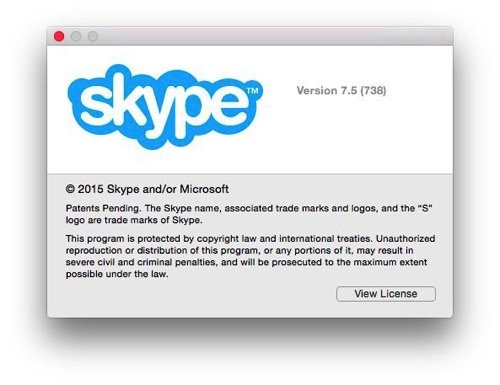 Skype, now own by Microsoft, is one of the most popular voice and video calling apps in the world and had recently gotten a major update, version 7, which a refined the user interface, along with easier file sharing, quicker access to text and picture messaging during video calls and improvements to group videos calls.

As per Microsoft, the new Skype release mainly focuses on reducing CPU usage and crashes which happen in different scenarios. The 14 new languages include Hindi, Turkish, Czech, Ukrainian, Greek, Hungarian, Romanian, Indonesian, Catalan, Croatian, Slovak, Vietnamese, Thai and Malay.
Here is the list of fixes included in the update: