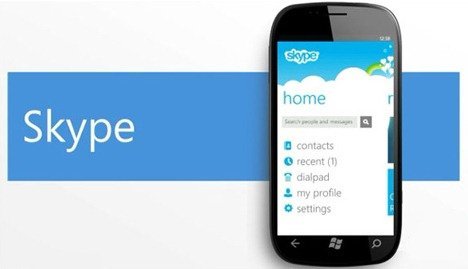 Microsoft is currently testing the much awaited Skype app for Windows Phone. Ever since Microsoft acquired Skype, users have been anxiously waiting for Skype integration in their beloved mobile OS or even just an app. Seems as if Microsoft has been working on this internally and a stand alone app will be released very soon for Windows Phone 7.5 and full fledged people hub integration will follow in Windows Phone 8.

As per The Verge, Microsoft initially promised to release the Skype app in late 2011 but that never happened. As we all know, Skype can really boost the usage of Windows Phone and I’m sure Microsoft knows that well too.

If the app is cleared after testing, we can hope for a green signal for Microsoft to unveil the Skype app at the upcoming Mobile World Congress this month. The app is rumored to follow the Metro guidelines, and why shouldn’t it? We strongly expect Microsoft to stick to their design language for their own apps.

Skype is a voice and video calling app used by millions around the world. Not only does it allow free video and voice calling across desktop, tablets and phones but it also lets users call landlines and mobiles for extremely cheap rates. Skype was acquired by Microsoft last year for a whopping $8.5 billion and ever since, deep Skype integration across all Microsoft products such as Windows 8, Xbox, Office, Messenger and Windows Phone is being anxiously awaited.