After successful completion of phase one, Microsoft has released the second phase of the three-phased preview of Skype for Business Mac, before it is made available to the public this fall. The second update adds contacts, instant messaging and presence.

The update adds some useful functionality to the platform. You can now see which contacts are online or offline and after viewing their status (available or busy), you can initiate instant messaging conversations. Furthermore, conversation histories are available and now, up to four people can communicate in group video calls. 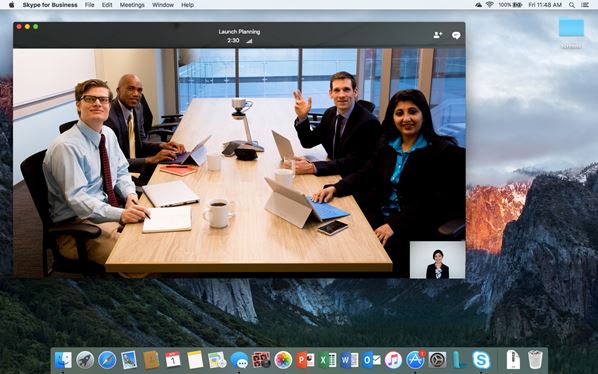 Skype for Business Mac Public Preview was announced in April 2016 and is scheduled to be released in three phases. Phase one of the previews allowed viewing and synchronization of meetings according to the Outlook calendar in Skype for Business clients, participation in video calls with just a click, in-meeting chat, content viewing and the option to send meeting invites.

With the release of phase one, invitations were sent out to IT administrators to test Skype for Business for Mac Preview beta, so they could prepare their organizations. After downloading the preview client, IT administrators were given the freedom to send out invitations to others in their organizations. However, the new update (second phase) is only available for existing users. The company has released a statement that, currently with more than 7000 organizations and 22,000 individuals using the Skype for Business for Mac Preview, it has reached its capacity and does not want to add more participants in the testing program.

The third and last phase of the Preview is scheduled to be released in Fall 2016. Phase three will add telephony to the preview. As Microsoft is building Skype for Business for Mac client from ground up, the company aims to continue to release new features and updates after its release to manufacturing.