Developer S.a.r.l. has finally released the long awaited Skype application for the iPad.

iPhone users were able to enjoy video conferencing using Skype for several years, from the iPad this was missing. The application wasn’t optimized for the large display and the cameras of the iPad 2. 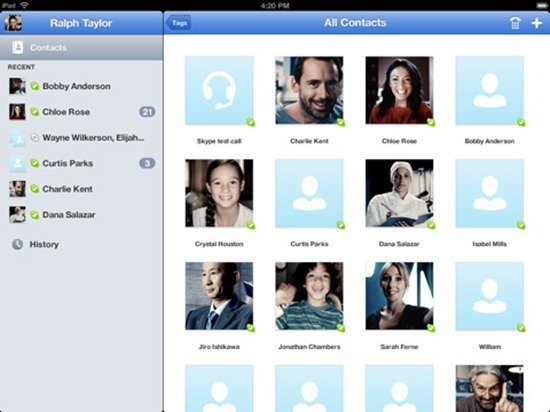 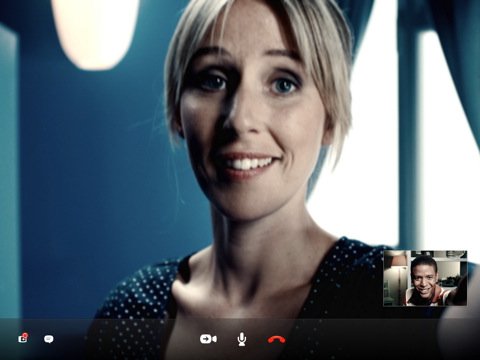 S.a.r.l. said the following about the app:

Simple to use:
• Join Skype on our website or just sign straight in to your account.
• If you already have a Skype account, your Skype contacts will automatically be there on your iPad.
• We’ve made adding new Skype contacts really easy.
• Once they’re in your Contact list, call, video or instant message them in one touch.
• Flick through recent calls and instant messages in your Skype for iPad history.
• Skype for iPad works over Wi-Fi or 3G (operator data charges may apply). Call Skype contacts on their iPhone, iPod touch, iPad, PC, Mac and even Skype enabled TVs.

The best thing about the application is that it’s available on both WiFi and 3G.

This application was previously released, but then immediately pulled from the App Store. Skype tweeted the following yesterday:

You can download Skype for iPad here (iTunes link).