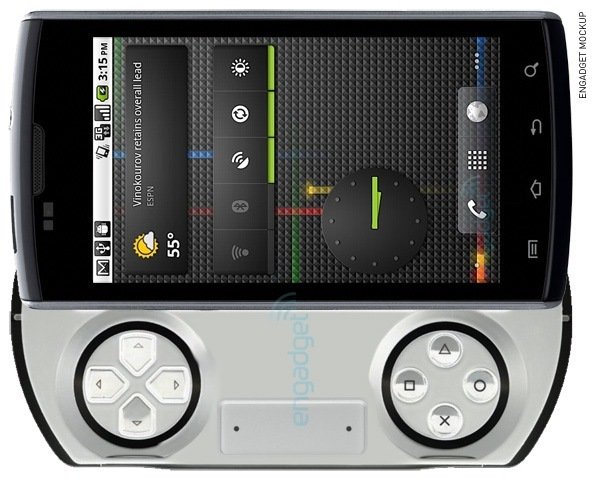 According to Engadget, Sony is planning to bring PlayStation Portable (PSP) to its upcoming Android powered cell phones. The mockup picture of the phone shown by engadget shows how the phone would look. Instead of a sliding qwerty keyboard it will have a gaming pad.

The device may be in testing phase in Sony labs and we might see it in October. Engadget have revealed the specs of this device by a “trusted source”. This phone is equipped with a 1ghz SnapDragon processor with a display between 3.7” to 4.1” with a WVGA or a better resolution and a 5 mega pixel camera. The phone is currently branded as Xperia but it is highly likely that it will carry the PlayStaion brand as well. The phone looks more like a Samsung Captivate with some influence of PSP.

Currently, Androids aren’t famous for their gaming capabilities, but this device can clearly change the whole scenario of gaming on Android. It would be nice to see competition between iPhone and Android as iPhone has a large gaming audience. We all want to see competition as far as gaming is concerned. We don’t want to see iPhone carrying away the gaming market alone and becoming a monopoly. With gaming capability as good as the PSP’s, this upcoming Android 3.0 device just might be what the Doctor ordered for Android gaming. Also look out for Windows Phone 7 which will have support for Xbox Live in every handset.