Steve Ballmer has been making regular appearances at D conferences. This time at D8, he was accompanied by Ray Ozzie, the cloud computing visionary at Microsoft. Unlike Steve Jobs’ appearance, the interview started off slow and boring. But later on with the mention of competitors and future of computing, Steve Ballmer started charging up. No surprises there. ;) How Microsoft feels about competing companies and products was interesting to see. 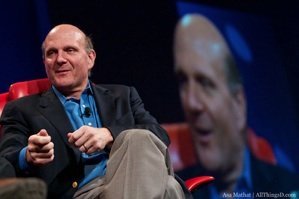 Steve Ballmer went on to match Android on a tablet to Linux on netbooks. I guess he still doesn’t know that Android is doing way better than Windows Mobile in the mobile space despite being a Linux variant in some ways. He did admit that they used to be the leaders in the mobile space, long ago, but now they’re lost their way and are lagging far behind. 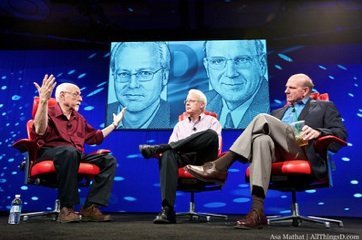 Ray Ozzie seemed to be more appreciative of competitors. He actually admitted that Chrome OS is the future, while Ballmer was stayed stubborn on his point that Google has two operating systems which is not a good thing. Maybe he needs to see how many operating systems Microsoft has. Windows (Lots of versions; desktop, servers, embedded systems, supercomputers), Zune HD OS, Windows Mobile and Windows Phone 7. If I’m missing something, let me know. 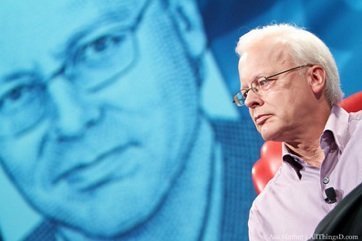 While I admire Microsoft and its products, I don’t feel good about the reaction Microsoft executives show when talking about competition. Steve Ballmer was one of those who had downplayed the iPhone – look where it is now. He’s now downplaying the iPad and Android tablets. His firm belief that desktop apps are here to stay doesn’t seem to be a representative of the overall market trend where people seem to be using smartphones and other form factors more than conventional computers. I don’t say that conventional computers like desktops and laptops will die, but to stay ahead of the game, Microsoft should have the bases covered. Having mere concepts for tablets just doesn’t cut it. Still claiming after a decade that voice and pen input are what tablets should be all about, doesn’t cut it either. The consumer should be given what he/she wants and apparently, it’s not pen input or voice, but a great finger touch friendly user experience.