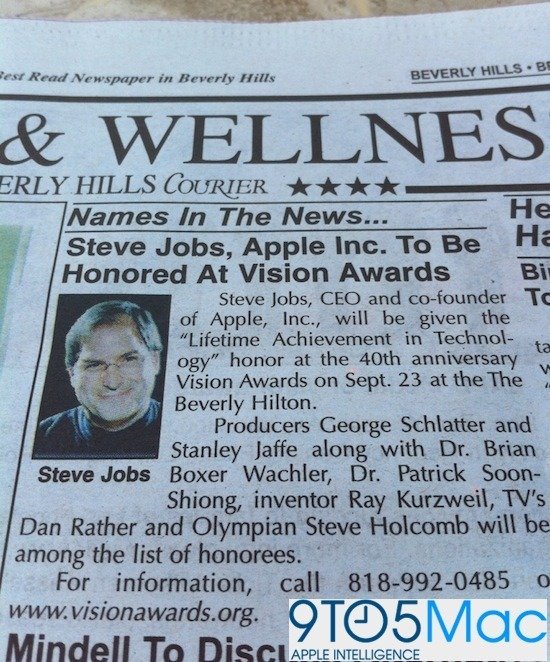 There are only a few individuals who would have made a company so much successful. He was one the the important members in designing the first ever personal computer and just like that Apple continued their innovation in technology while Steve Jobs was their CEO. He rejoined the company in 1997 when the company was in dire shape and now Apple has more than $150 billion of market share.

This is not the first time Steve Jobs will receive an honor like this as in March he was announced world’s most valuable CEO by Fortune. The article shows that the event will take place at Beverly Hills Hilton.