A cool new app that has recently been submitted to the AppStore called AirFrame brings the ability to stream your photos as well as videos including youtube via AirPlay feature between two different iOS devices supporting iPhone, iPod touch as well as the iPad. At the same it, the app also supports streaming from iTunes (both Mac & PC) as well as other AirPlay enabled applications (e.g. AirVideo, YouTube). However, the app currently does not support music streaming. 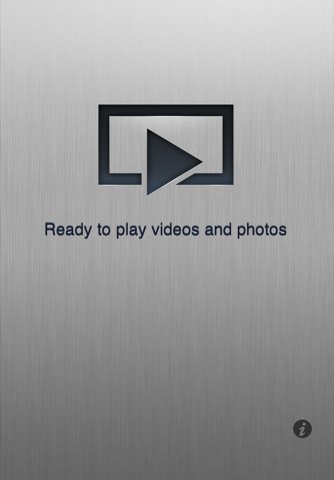 AirFrame instantly expands the functionality of Apple’s AirPlay by making it possible to stream photos, youtube videos, and other video content between iOS devices (iPhone, iPod Touch or iPad).

“…the circle is now complete: we can stream media from one iOS device to another”

Why crash the party, spoil the private joke, or hog the AppleTV when you can subtly stream videos and selections from your photo library directly to your friend’s iOS device?

• This version does not support music streaming.

• iOS devices must be connected to the same WiFi network.

• Sending device must be running iOS 4.2.1 or newer

AirFrame is now available in the AppStore for $1.99. Get it now!