Popular music streaming service, TIDAL has launched its Apple Watch app with offline playback support to continue listening away from an iPhone. Standalone apps on the smartwatch allow users to continue their listening experience without having to carry their iPhones by downloading songs in music apps to listen offline. Apple Music and Pandora support offline download and recently, Spotify also release the offline feature support on the Apple Watch.

Previously, TIDAL was exclusively available on Samsung smartwatches. And now, it is the fourth major music streaming service working independently on the Apple Watch. Now TIDAL subscribers can listen to its diverse music library on their Apple Watch and control playback, along with the freedom to download songs offline and listen on their compatible Bluetooth headphones.

How to set up TIDAL Music on Apple Watch

As per the published setup instructions, it is very easy to set up TIDAL on Apple Watch. 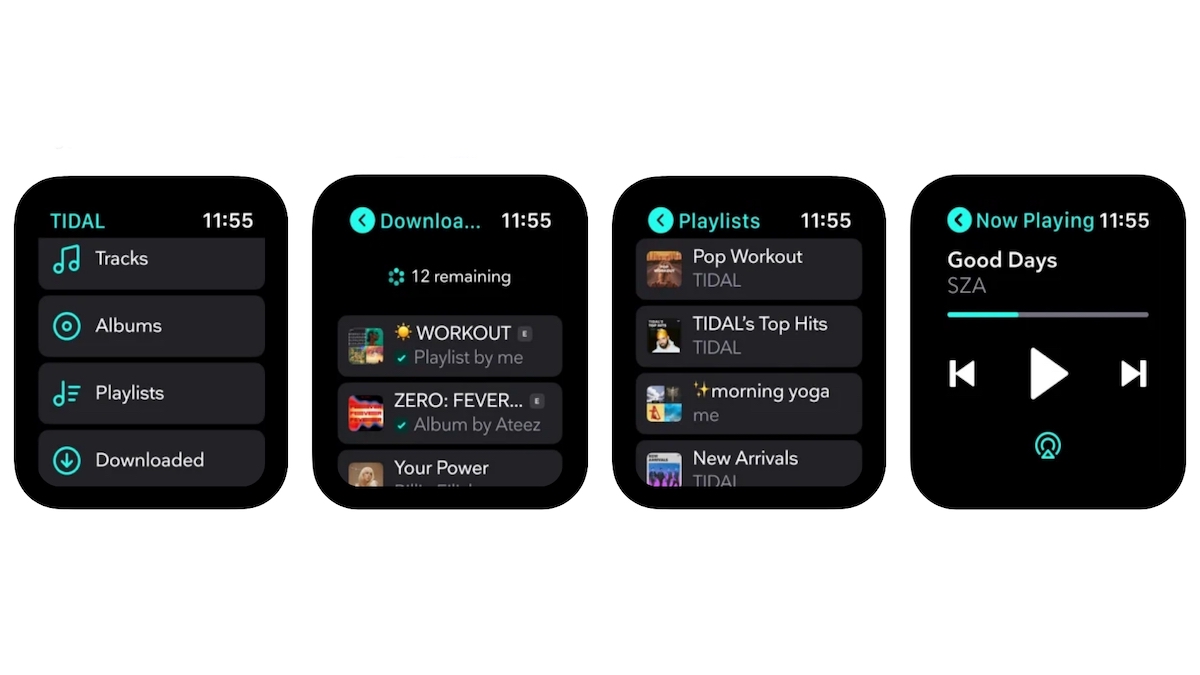 Download the app from the App Store with a 30 days free trial period. It is compatible with iPhone, iPad, iPod touch, and Apple Watch and requires iOS 13.4 or later and tvOS 12.4 or later on the smartwatch. The music streaming service offers different subscription plans starting from $12.99 to $39.00 per month. The service also offers HiFi music streaming family plans as well.