Tim Cook appeared on Fox News Sunday for an interview with Chris Wallace and spoke about the Capitol attack, Big Tech’s response to the attack, free speech, Parel’s suspension from the App Store, its new Racial Equity and Justice Initiative, and Steve Jobs.

The interview gives a few interesting insights into how the CEO of the world’s biggest company saw the Capitol attack, and what he thinks about free speech, compared to objectionable content. The suspension of Parler was also discussed in the interview. 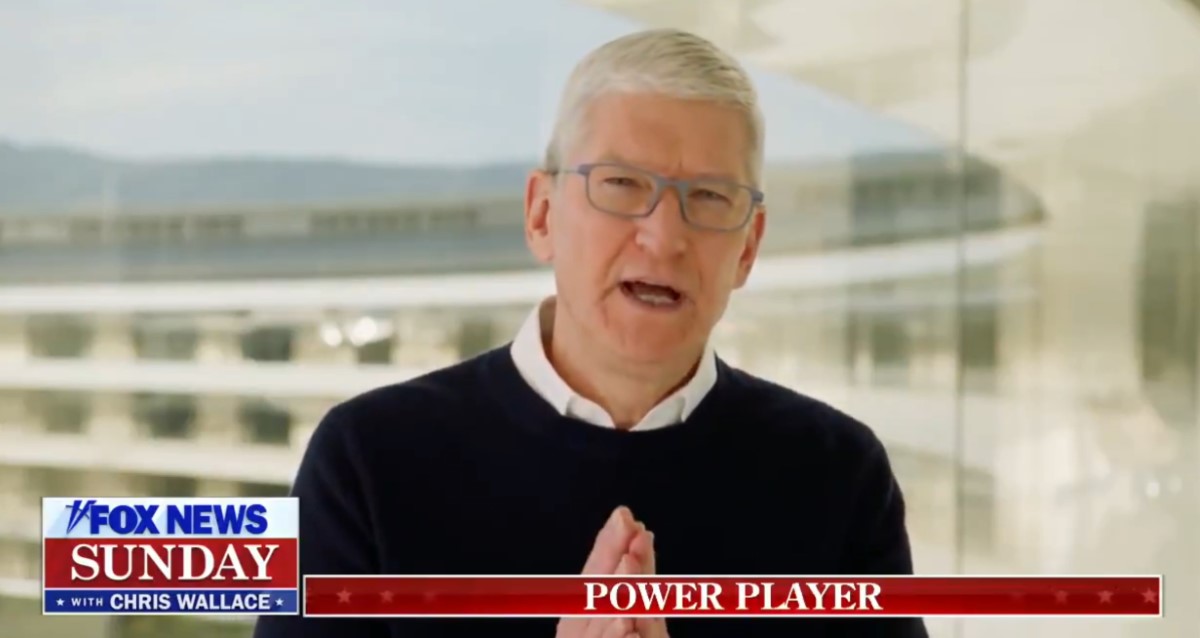 Chris started by asking Tim Cook’s thoughts on the attack on the Capitol, to which Tim answered:

This was one of the saddest moments of my life. Seeing an attack on our Capitol and an attack on our democracy. I felt like I was in some sort of alternate reality, to be honest with you, this could not be happening.

When asked about Big Tech, Cook clarified that Big Tech has several companies and they all have a different focus, with Apple’s focus on doing the right thing:

Big Tech is not monolithic. You know, there are several companies, they do different things. For us, we’re always trying to do the right thing.

In an answer to whether Big Tech is restricting free speech, Cook clarified that apps in the App Store have to abide by terms of service. He said that the App Store is not the Internet, and people have to follow the rules and regulations set for the platform:

We have an App Store, that has about 2 million apps in it, and we have terms of service for these apps. We obviously don’t control what’s on the Internet, but we’ve never viewed that our platform should be a simple replication of the Internet.

We have rules and regulations, we just ask that people abide by those.

Cook also said that Apple does not consider incitement of violence as free speech:

We’ve only suspended them, Chris, so if they get their moderation together, they would be back on there.

Tim Cook also discussed Apple’s $100 million Racial Equity and Justice Initiative, which aims to give opportunities to communities of color. He said that last year’s murder of George Floyd gave Apple a sense of urgency to do their part which resulted in this initiative. The Propel Center at Atlanta University, which aims to provide programs including artificial intelligence, machine learning, and more. An Apple Developer Academy in Detriot will also aim to teach coding, which Cook said is the second most important language that people can learn.

Cook also discussed systematic racism, which he saw when growing up in Alabama. He recalled some of the first instances of his life when he saw instances, during his high school and college, where he only saw white people around, which never felt right to him. He realized that it was due to the absence of opportunity.

Chris asked Cook about Steve Jobs and how he was able to take over after he passed away. Cook said that his focus was on mourning Steve Jobs’ passing and leading the company during a difficult time, and he wasn’t thinking of how daunting it was to lead the company. When asked about what Cook is proudest of during leading Apple during the past decade, he said:

I’m proudest that we have kept his DNA at the core of the company, and that the company has stayed focused on innovation and making really great products that empower people and enrich their lives.

When asked about what’s next for Apple and Tim Cook, he said that he cannot envision his life without Apple and considers it an opportunity of a lifetime to work there. For Apple, he said that the company will continue to make the best products in the world, not the most, but the best.

Lastly, Chris Wallace asked Tim Cook, if the future includes an Apple Car, to which he laughed and said that he cannot comment on rumors. Chris said that Cook can but he chooses not to, as he is the boss.

Check out the complete interview below:

Apple CEO @tim_cook joined #FoxNewsSunday to discuss the company’s new race initiative. Plus, we got his reaction to the deadly assault on the U.S. Capitol and his company’s standoff with the conservative-leaning app Parler. pic.twitter.com/krbsb9aut5