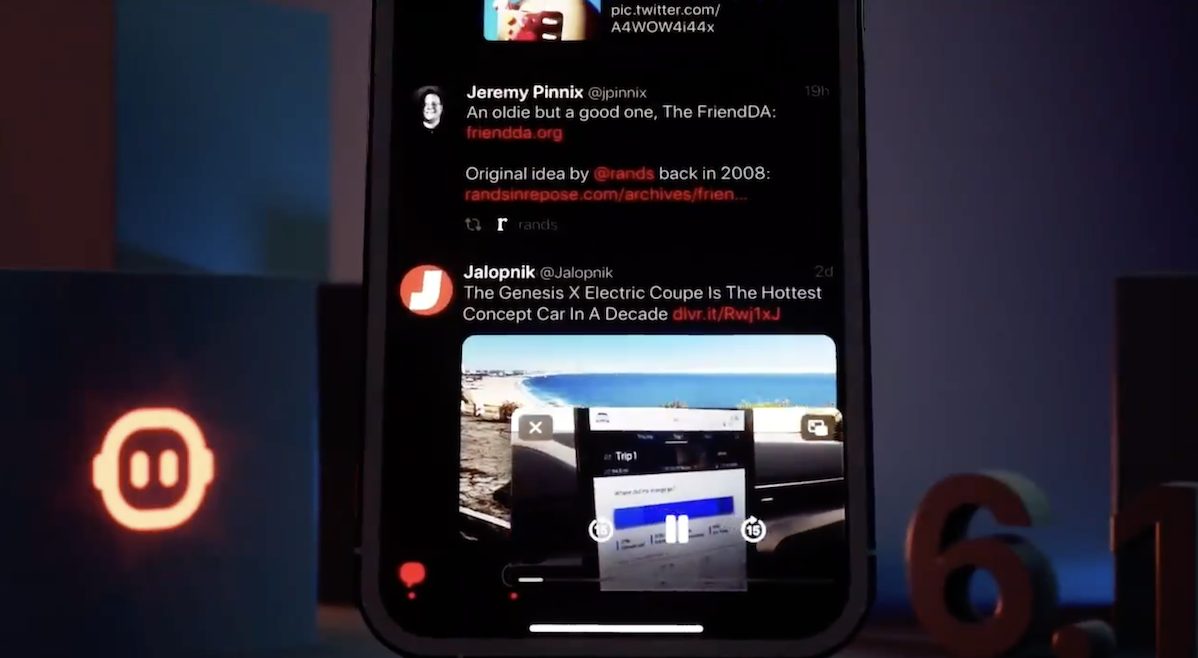 The update, available for free for existing Tweetbot 6 users, now features new High Contrast Light and High Contrast Dark themes, which look really good on the OLED display on latest iPhone models. The update also features a bunch of new icons, which can be used instead to the default home screen icon for Tweetbot.

The best new feature is likely the updated video player with picture-in-picture playback support. This means that you can tap on any video in your timeline, and tap on the PIP icon on the top. This will put the video in a small thumbnail on the screen, and it will continue playing even if you switch apps or go to the home screen. The feature works on both iPad and iPhone. Although iPad has supported this feature for default and third-party apps for a while, Apple added support for picture-in-picture video playback to iPhone with iOS 14 last year.

In case you are still not using Tweetbot, it is one of the best third-party Twitter apps on any platform. It is far better than the default Twitter app, as long as you are happy to receive your notifications with a slight delay.

The app had recently received a major version 6.0 update which brought support for Twitter’s updated API, support for Twitter polls, cards, and more, as well as improvements to the user interface with a number of themes and icons. The updated app was released for both iPhone and iPad with a 7-day free trial. Users can get a subscription for either a monthly in-app purchase for $0.99 per month or $5.99 per year. The macOS version of Tweetbot still has not been updated with the new API and features.