The Twitter App for Zune HD is now available for download as anticipated. This is the first ( non-gaming ) app that’s actually a lot more useful than the calculator, piano or weather app that should have been built into the Zune HD OS to begin with. Anyhow, the app fits right in the Zune HD user interface with a big back button, and provides all the basic functionality you’d expect from a Twitter client. It also lets you tweet the currently playing music track. The Twitter app can be downloaded from the Zune Marketplace for free.

The performance of this app is really sluggish which is surprising since the Zune HD is capable of outputting HD video, so a Twitter app shouldn’t be a big deal. Another issue is that the Zune team has built in censoring for bad words in the app. So you can all forget about swear tweets while using your Zune HD Twitter client. No idea who the smart ass was that came up with the idea to censor tweets. But, with all the weird stuff going on lately with lifted code and design for micro blogging sites, bad Photoshop-ping and now this – all in a year for Microsoft, all I can say is: 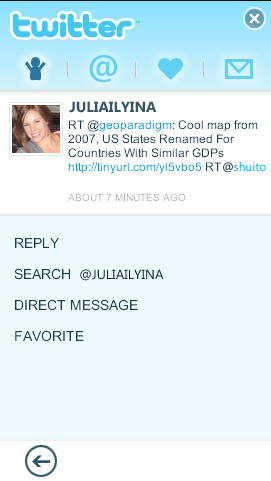 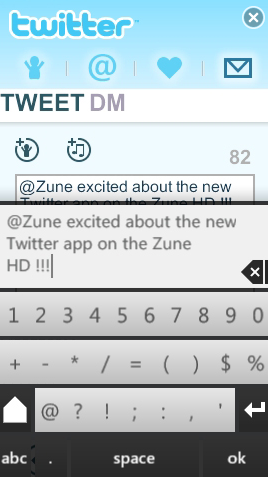 Update: As Cristo27 on Twitter says, the app gets sluggish after hours of Tweets but I think that’s an issue every Twitter client (like Tweetie, TweetDeck) faces and addresses. So the negative performance really doesn’t have an excuse.