Twitter Blue has notified subscribers of an increase in the monthly subscription fee. At the time of launch, the service was available for $2.99 per month. After a 66% increase, the new price is $4.99 per month. 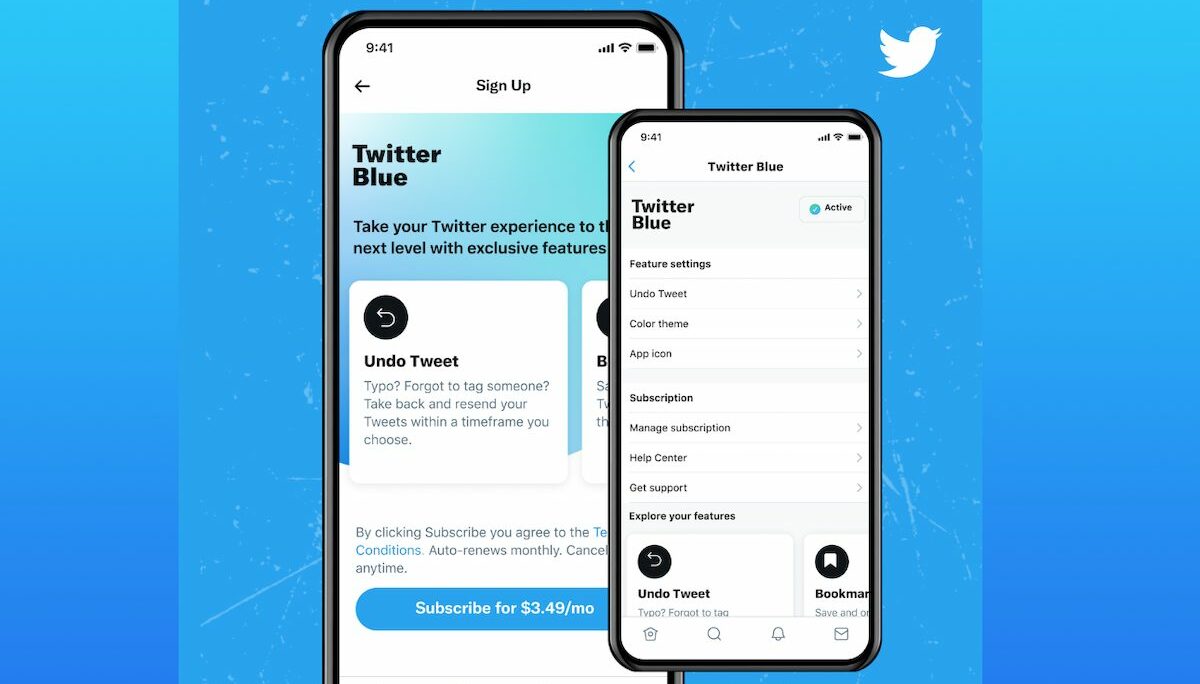 Within a year of launch, Twitter Blue has increased its monthly fee by 66%

A Twitter Blue user @Matt Navarra shared the notification email he received from the company which gave him a heads up of the increase in price. For early adopters or active users, the change will go into effect in October 2022 but for new subscribers, the change is already implemented.

Although the company said that the increase in price will allow it to offer new features to users, maybe its financial troubles were created by Tesla CEO Elon Musk.

Earlier this year, the billionaire acquired 10% of Twitter’s share by investing $3 billion in the company. Following that, he signed a deal to buy the platform for $44 billion in April. However, only a few months after signing the merger agreement, Musk pulled out of the deal over the high number of bots, fake or spam accounts on Twitter.

Now, Twitter has taken the matter to court and has sued the billionaire for backing out of the deal and hurting the platform. The complaint also states that the merger agreement signed by Musk accounted for some portion of Twitter’s monthly daily active users being spam or fake accounts. Therefore, he used the bots as an “escape” to pull out of the deal.

Twitter Blue is currently available in the U.S., Canada, Australia, and New Zealand, and users in select regions can subscribe to the service via an in-app purchase.