Twitter has made a breakthrough almost at the same time as the Consumer Electronics Show. It has proudly introduced a proper slick desktop application for the Mac systems which is now available on the Mac Application Store. Being fast and easy to use, this new Twitter application allows users to stay connected to their loved ones and share their thoughts almost exactly in the same fashion as it can be used on Windows desktop computers. Quite in the same manner, tweets appear almost immediately after they are tweeted and the URLs are automatically shortened and plenty of keyboard shortcuts make the process much more convenient. 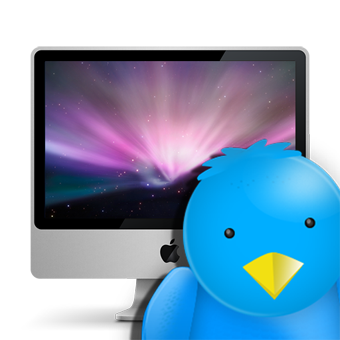 What is different this time from the former version is that this latest Twitter application catalyses processes and works three times quicker than the original, ‘Tweeite for Mac’. The Twitter application has undergone an update and has been promoted from Tweetie for Mac to Twitter for Mac during Twitter’s first hack in the month of October by atebis developer, Loren, and her team. All in all, the new features such as realtime updates, drag and drop tweets and native retweeting supports seem to be some very promising inclusions. Moreover, the fact that this application is available on the Mac App store, we assume that there would be a good number of people waiting in sheer eagerness to try  their hands on this new app.